Home All News UP Asks Centre To Hike Quota Of Sugar To Be Sold By... 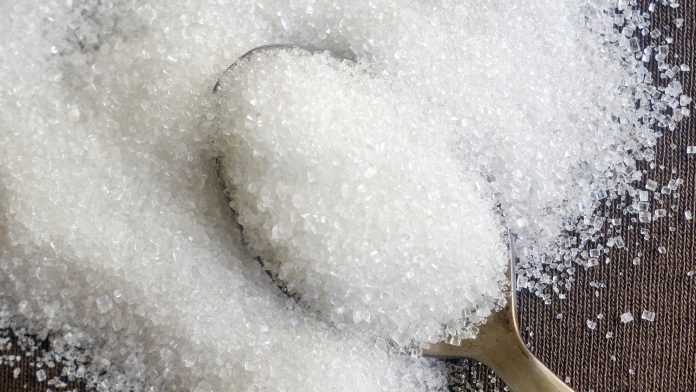 Bijnor: The state Sugar Cane Authority has written to the central government to increase the quota of sugar that mills can sell to 10 lakh tonnes per month in view of the pending dues of farmers amounting to Rs 12,000 crore.
As per quota fixed by the central government, mills in the state can sell sugar worth Rs 1,650 crore every month, thereby making it all the more difficult for the them to clear pending dues.
Additional sugarcane commissioner VK Shukla said, “The state government has written a letter recently to the central government to increase UP’s quota from five or six lakh tonnes to 10 lakh tonnes a month. It is hoped that Centre will take positive steps in this connection.”
On its part, state government has announced to provide a subsidy of Rs 5.50 per quintal of sugarcane to the mills but this process will take a long time, say observers.
The just concluded crushing season witnessed bumper sugar production in the state. All the 119 sugar mills produced a total of 121 lakh tonnes sugar. As a result, sugar prices have nosedived to Rs 2,500 per quintal. Mill owners demanded that government control sugar prices. They wanted that minimum price of sugar should be fixed like sugarcane crop.
With sugar prices tumbling, central government set a quota for the sugar to be sold by all mills. And minimum price of sugar was fixed at Rs 2,900 per quintal.
For UP, central government allotted a quota of 6.25 lakh tonnes in June and 5.46 lakh tonnes for July. As per available data, mills are able to sell only around Rs 1,650 crore of sugar every month. At this pace of selling sugar, the mills cannot clear dues even in seven months.
According to official sources, if mills want, they can clear the dues by taking loans from banks. But they are unlikely to do so as they have to pay an interest on loans. However, most of the mills owners do not pay interest on dues to farmers.