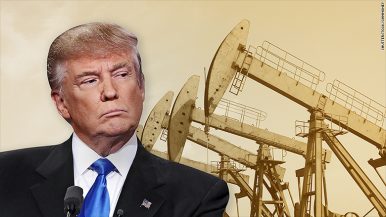 The US is trying to cut off oil imports from Iran to zero by 4th November following President Donald Trump’s decision to pull out of the 2015 multilateral deal, which eased global sanctions in exchange for curbs on Iran’s suspected nuclear programmes

Washington: The US is reviewing “very carefully” India’s decision to continue buying Iranian oil and purchase of the Russian S-400 air defence system, according to a top official.

The official termed it “not helpful”, days after President Donald Trump observed that New Delhi would soon find out if it faced punitive measures.

The US is trying to cut off oil imports from Iran to zero by 4th November following Trump’s decision in May to pull out of the 2015 multilateral deal, which eased global sanctions in exchange for curbs on Iran’s suspected nuclear programmes and malign activities.

Responding to questions on reports that India will continue to purchase oil from Iran after 4th November, State department spokesperson Heather Nauert said this was “not helpful”.

“Overall with regard to those sanctions that will take effect on 4th November — and you’re referring to oil sanctions for Iran and countries that choose to continue purchasing oil from Iran — we have had conversations with many partners and allies around the world about those sanctions,” Nauert said on Thursday. “We make our policies very clear to those countries. We continue to have conversations with the government of Iraq about that particular issue and the implications for the reimposition of sanctions that were previously lifted or even waived under the Joint Comprehensive Plan of Action (JCPOA).”

The Trump administration gave the same message to all countries around the world, and the president said the US was committed to re-enforcing all of its sanctions.

“We believe that countries coming together and recognising the malign influence that Iran has had around the world is important. We know that the government of Iran has taken the benefits it received under the JCPOA and they have poured that money not into their own population, not into the good of the people, not into its medical hospitals and things of that nature, but rather they have used it for its own nefarious programmes,” according to Nauert.

This story has been published from a wire agency feed without modifications to the text. Only the headline has been changed.