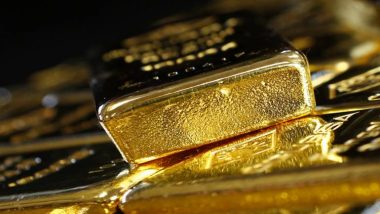 New Delhi, May 8 Fearing use of gold and cash in Lok Sabha elections in Delhi, the Customs department here has increased vigil and started sharing details of seizures with Income Tax and poll authorities, officials said Wednesday.

The move comes following a directive in this regard from the Delhi chief electoral officer (CEO) to the Customs department, Central Industrial Security Force (CISF), Income Tax department and Bureau of Civil Aviation Security (BCAS), among others.

The Customs department is keeping a hawkeye especially on passengers coming from the Gulf sector — infamous for gold smuggling cases– to check for any suspicious gold and cash movement, the officials said.

“The cases of smuggling of foreign currencies are also under the scanner of the Customs,” an official said.

Gold worth over Rs 110 crore was seized from smugglers by Customs officials at the IGI airport during 2018, according to official data.

Polls in seven Lok Sabha constituencies of Delhi are scheduled to be held on May 12. Besides, elections in all ten Lok Sabha seats in Haryana, including neighbouring Gurgaon, will also be held on the same day.

“There may be an attempt to smuggle in gold and cash for its probable use in the funding of the polls. Customs officials are maintaining a strict vigil at the airport to check such movement,” the official said.

The Customs department is also sharing data on seizure of gold weighing 1 kg or more with the Income Tax department and poll authorities, he said.

The CISF and the Customs have been asked to share the daily report of cases of detection of cash or cash equivalent exceeding Rs 10 lakh and bullion weighing 1kg or more with the Income Tax department, according to the CEO’s directive.

The Customs department has been also asked to “provide information to CEO, Delhi, as well as District Magistrate/Returning Officer (South) on the cases of detection of cash, bullion, valuable items related to election activities/purposes even if coming from abroad”.

Not only the passenger terminal, activities at the Delhi airport’s cargo terminal are also being monitored closely to check such suspicious movement.

The BCAS, on detection of suspicious cash, cash equivalent, bullion, any valuable items, unauthorised items, contraband goods as well as election material in domestic cargo during the entire election process in Delhi, shall immediately report to authorities concerned that is the Income Tax department or the CISF or Delhi Police, the directive said.

It shall also submit a report of such cases to Delhi poll authorities, it said.

A total of 340 cases of gold smuggling, an increase of 58 per cent as compared to the cases filed in 2017, were registered by the Customs department at the Delhi airport in 2018.

In a recent case, an employee of the Delhi Duty Free shop was among six people arrested by the Customs for allegedly smuggling gold worth about Rs 60 lakh at the airport.