Home All News Vice President urges researchers to come up with innovations to solve farmers’... 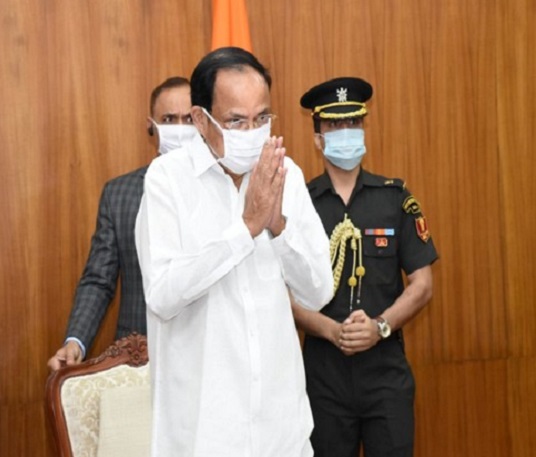 New Delhi, August 18 (ANI): Emphasising on the importance of agriculture in India, Vice President M Venkaiah Naidu urged researchers and scientists to come up with innovations to address the problems faced by the farmers.

Speaking at a virtual meeting on Tuesday, Naidu said, “From providing timely information to farmers on various issues to creating cold storage facilities and supplying new technologies should be the focus of innovators and researchers.”

He also stressed the need for preventing farmer’s exploitation by middlemen and ensuring remunerative prices for their produce.

Stressing the need for India’s higher education system to play the role of an enabler and force-multiplier to drive Indian innovation and start-up ecosystem, the Vice President said “Innovation must become the heartbeat of education. Quest for excellence must become the norm,” added the release.

Union Minister of Education, Ramesh Pokhriyal present at the event tweeted, “Under the visionary leadership of our Prime Minister Narendra Modi ji, India has taken several steps to ensure the culture of Innovation and Development all across the sectors.” (ANI)