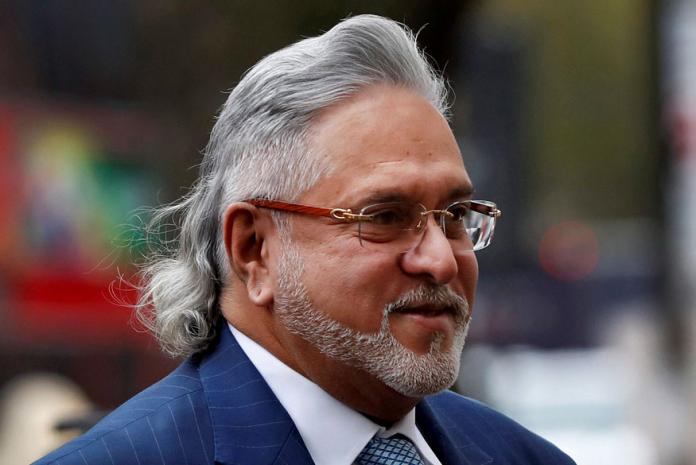 The British judge hearing the extradition case of liquor baron Vijay Mallya today said that it was “blindingly obvious” that rules were being broken by Indian banks which sanctioned some of the loans to the erstwhile Kingfisher Airlines.

Presiding over a hearing at Westminster Magistrates’ Court in London, Judge Emma Arbuthnot directed the Crown Prosecution Service (CPS), arguing on behalf of the Indian government, to provide a breakdown of where some of the emails and documentary evidence presented in the case came.

The hearing today marked the active end of oral arguments in the case, which will now return to the court on April 27 to consider the additional material sought by the judge and for closing submissions by Mallya’s defence team.

The judge described the case as a “jigsaw puzzle” with different pieces of “massive evidence” to be put together to paint a picture, which she said she was now able to see “more clearly” than a few months ago.

“There are clear signs that the banks seem to have gone against their guidelines [in sanctioning some of the loans],” she said, “inviting” the Indian authorities to explain the case against some of the bank officials involved because that relates to the “conspiracy” point against Mallya.

She also made the court aware of an “unsolicited” email correspondence in Hindi received from India, a language she ‘unfortunately’ is unfamiliar. In response, the defence team said all sides in the case had been at the receiving end of such unsolicited correspondence.

Mallya, who is on trial for the U.K. court to rule if he can be extradited to India to face charges of fraud and money laundering amounting to around Rs 9,000 crores, watched the proceedings from the dock.

The CPS, arguing on behalf of the Indian government, laid out their arguments against the defence calling into question the admissibility of some of the evidence submitted by the Indian authorities.

Pointing out that Mallya had “chosen not to give evidence” in the case, CPS counsel Mark Summers rejected the defence claims on the evidence as “nonsense”.

“The government of India has established by other copious evidence a prima facie case of fraud,” he said.

At the end of today’s hearing, the judge indicated her decision on the admissibility of evidence would go in favour of admitting some material and excluding some affidavits, which she indicated did not pertain to the prima facie case of fraud.

Mallya’s counsel, Clare Montgomery, argued that evidence that claimed as a “blueprint of dishonesty” by the CPS was, in fact, privileged conversation between Mallya and his lawyer about “legal advice in clear contemplation of litigation” and hence should be inadmissible.

The judge said she was still “on the fence” about admitting that correspondence.

On a separate category of evidence presented by the Indian government, Mallya’s team questioned the reliability of investigating officers in the case and pointed to over 150 pages of “near identical material” purporting to be a statement of witnesses taken under Section 161 of the Indian CrPC.

“They do not appear to be in any way an account of things that witnesses would have said but rather seem to be somebody else’s analysis put into the mouths of the witnesses, down to the spelling mistakes,” Montgomery said, adding that the documents were identically reproduced with not only the same words, but also the same typing errors.

The judge did not seem to be convinced by this argument and said she had found only two-three cases of mistakes but did not see a “problem” in the preparation of the statements.

The CPS accused the defence team of tarnishing the Central Bureau of Investigation (CBI) and Enforcement Directorate, both “premier national agencies”, and the evidence provided by them.

Montgomery countered with claims that their evidence amounted to a “here today, gone tomorrow” case and that the “premier agency” CBI had brought a series of false statements before the UK court.

“As to where the money went, it was lost in the losses incurred in the running of an airline,” she said.

Judge Arbuthnot had also sought further clarifications related to the availability of natural light and medical assistance at Barrack 12 of Mumbai Central Prison on Arthur Road, where Mallya is to be held if he is extradited from Britain.

The CPS indicated to the judge that the government had provided all the necessary clarifications along with photographs of the two cells that comprise Barrack 12.

The extradition trial, which opened at the London court on Dec. 4, is aimed at laying out a prima facie case of fraud against the tycoon, who has been based in the UK since he left India in March 2016.

It also seeks to prove that there are no “bars to extradition” and that Mallya is assured a fair trial in India over his now-defunct Kingfisher Airlines’ alleged default of loans from a consortium of Indian banks.

Chief Magistrate Arbuthnot is expected to pronounce her verdict in the case by May this year.

If she rules in favor of the Indian government, the UK home secretary will have two months to sign Mallya’s extradition order. However, both sides will have the chance to appeal to higher courts in the UK against the chief magistrate’s verdict.