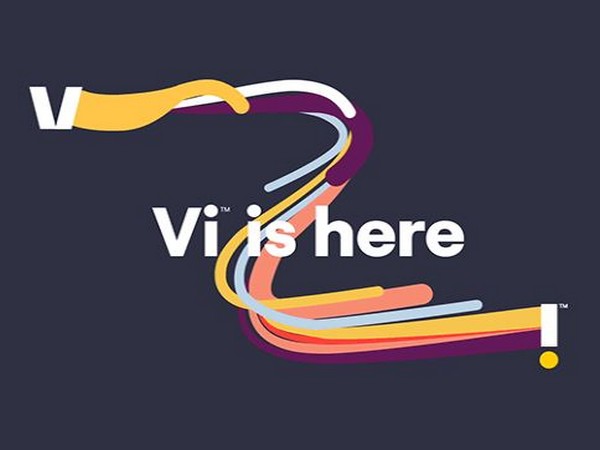 Mumbai, Sep 7 (ANI): Vodafone Idea launched a unified brand ‘Vi’ on Monday as it aims to bet big on digital to attract new customers from rivals Jio and Airtel while planning to raise Rs 25,000 crore to expand network operations.

Last Friday, the cash-strapped telco said it plans to raise funds of up to Rs 25,000 crore via a mix of debt and equity instruments in one or more tranches, which will be used to pay statutory government dues and invest in network operations to take rivals.
The move came a few days after the Supreme Court allowed telecom operators 10 years for staggered payment of adjusted gross revenue (AGR)-related dues.

“The brand integration not only marks the completion of the largest telecom merger in the world but also sets us on our future journey to offer world-class digital experiences to one billion Indians on our strong 4G network,” said Managing Director and CEO Ravinder Takkar.

“Vodafone Idea Ltd is now leaner and agile, and the deployment of many principles of 5G architecture has helped us transform into a future-fit, digital network for the changing customer needs,” he said in a statement.

Following the relaunch, the company is likely to unveil new packages for its subscribers across the country.

“With our new brand Vi, we stand committed to partner the government to accelerate India’s progression towards a digital economy, enabling millions of citizens to connect to the digital revolution and build a better tomorrow,” said Kumar Mangalam Birla, Chairman of Aditya Birla Group and Vodafone Idea.

Nick Read, Chief Executive officer of Vodafone Group Plc, said as the integration of the two businesses is now complete, it is time for a fresh start.

“That is why we believe that now is the perfect time to launch Vi, one company which combines the strengths of Vodafone India and Idea. Vi’s focus will be to deliver to citizens and businesses in India a superior network experience, better customer service and leading products and services,” he said.

Vodafone Idea was hit hard by the Supreme Court ruling in October last year when it was asked to pay Rs 58,254 crore of AGR dues to the government. However, the apex court last week gave 10 years to all telecom companies to pay their past dues.

Vodafone Idea has paid Rs 7,854 crore as AGR to the Department of Telecommunications. In the April to June quarter, the company reported a net loss of Rs 25,460 crore. (ANI)