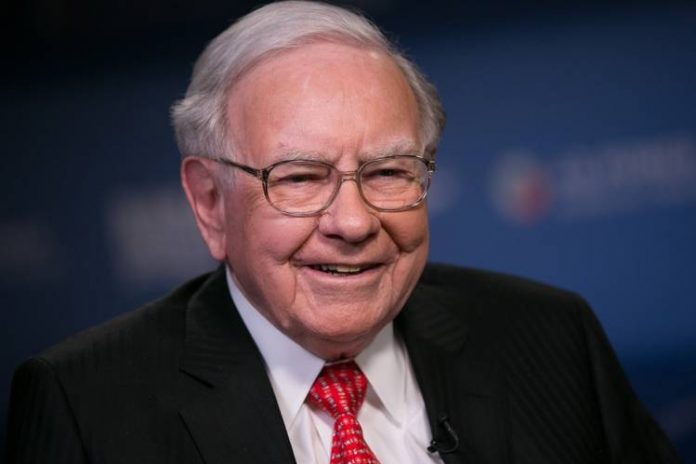 New Delhi: Warren Buffett’s Berkshire Hathaway Inc. is set to buy a small stake in One97 Communications Ltd, the parent of Paytm, making it the billionaire investor’s first investment in an Indian company. Paytm, India’s largest payment services provider, has been in talks with Berkshire Hathaway since early February to raise about ₹ 2,200- 2,500 crore ($300-350 million) at a valuation of about $10-12 billion, the two people cited above said on condition of anonymity.

The deal, which is likely to be announced within the next two weeks, will be Berkshire Hathaway’s first investment in the country’s buzzing startup ecosystem. It will also be the company’s first investment in a privately-held technology company in the world. In the past, Berkshire Hathaway has selectively invested in some publicly listed tech companies, most notably International Business Machines (IBM) Corp. and Apple. Berkshire recently exited IBM, but still owns Apple stock.

Berkshire Hathaway’s entry into India has been long awaited and the emminent deal would mark a ringing endorsement of India’s internet and tech ecosystem from one of the world’s most renowned investors, especially since the country’s start-up ecosystem has also attracted a fair share of scepticism due to frothy valuations and unsustainable financials over the past five to six years.

Paytm already has a strong capital table with a bunch of globally renowned investors such as Japan’s SoftBank Group, China’s Alibaba Group and Ant Financial. It also counts SAIF Partners and MediaTek as investors.

Paytm claims to have touched $4 billion in monthly gross transaction value, with the number of transactions touching a peak of 1.3 billion in the quarter ended June, Mint had reported in July.

Founded by Vijay Shekhar Sharma in 2000, One97 started out as a mobile payments and mobile recharge business and currently ranks among the top three consumer internet companies in the country. The company has created a host of payment solutions where consumers can transact via the Paytm digital wallet and Paytm Payments Bank.

Earlier this month, Mint reported that e-commerce marketplace Paytm Mall is aiming to touch annualized gross sales of $10 billion by March 2019, making it a strong No. 3 in the local e-commerce market within a year of its launch.

Paytm’s payments business has also seen tremendous growth since the Indian government invalidated high-value currency notes in November 2016. Sharma was one of the 11 recipients of the Reserve Bank of India’s payments bank licences and runs Paytm Payments Bank.