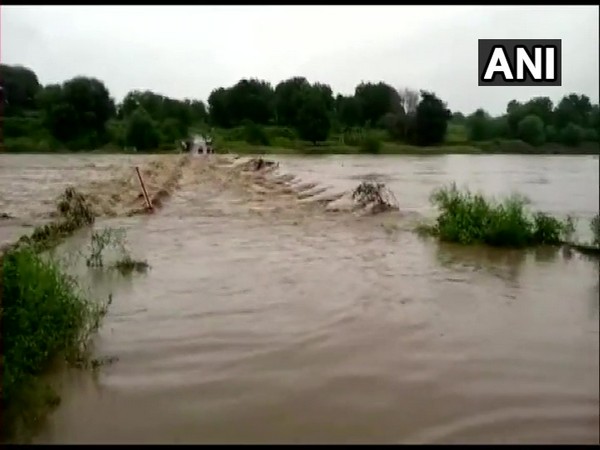 Dholpur (Rajasthan), August 24 (ANI): The water level of River Chambal in Dholpur district of Rajasthan may cross the warning and danger mark and attain peak around 1.6 m on Monday, said the Central Water Commission (CWC).

While the river will cross the warning level between 2 pm to 4 pm, it will surpass the danger level by today midnight.

“River Chambal in Dholpur District of Rajasthan is rising and is likely to cross warning level between 14 to 1600 hours today and cross danger level and attain peak around 1.6 m above DL by today midnight,” the commission tweeted.

“High risk over some areas of South Rajasthan and adjoining Gujarat sub division,” it said.

“The low-pressure area lies over central parts of south Rajasthan and neighbourhood. It is very likely to move nearly westwards across west Rajasthan during the next 2 days and become less marked thereafter. However, the associated cyclonic circulation is likely to meander over south Rajasthan neighbourhood region for the subsequent 2-3 days. The monsoon is likely to remain active during the next 2-3 days,” the IMD said. (ANI)