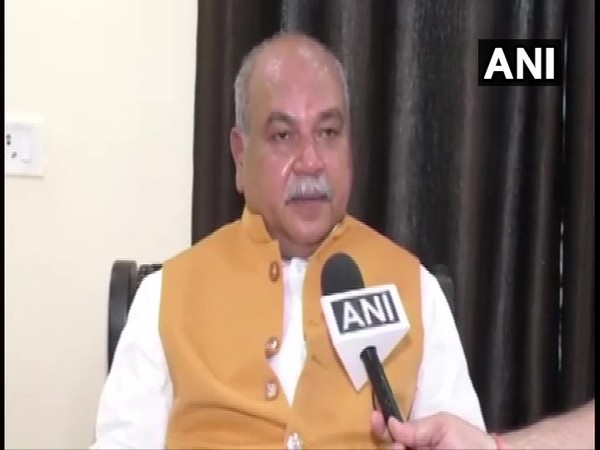 Union Minister Tomar told ANI: “I welcome the statement of ex-Agriculure Minister Sharad Pawar where he said that all laws need not be changed. The clauses against which there is objection must be changed after deliberation.”
“I welcome his stand. The Centre agrees with him, we want that matter be resolved at earliest”, said Tomar.

Yesterday, while interacting with the media personnel, NCP Chief Pawar had said:”Farmers are agitating for the past six months. There is a deadlock between the Centre and farmers. Hence, they are still sitting there. Centre should have a dialogue with them. It should take lead in this.”

Nationalist Congress Party (NCP) chief Pawar on Thursday said that he does not think the discussion on farm laws will come up in the two-day Maharashtra Assembly session.

“Had a discussion with Balasaheb Thorat on this. As the Centre has cleared the Bills, before passing these, States should have discussed the contentious points and decide. I don’t think it will come up in the two-day State Assembly session. If it comes, should be discussed,” the NCP chief said at an event in Mumbai.

The Maharashtra Assembly session will be held on July 5-6.

Narendra Singh Tomar on Thursday said the Central government is ready to discuss all the provisions of the farm laws except repealing them.

While speaking to reporters yesterday, Tomar said, “We told the farmers’ union that the government is ready for discussions on provisions of the farm laws except for repealing them.”

“The agriculture reform bill is going to bring revolutionary changes in the living standards of the farmers,” he said.

Farmers have been protesting on the borders of the national capital since November 26 last year against the three newly enacted farm laws – Farmers’ Produce Trade and Commerce (Promotion and Facilitation) Act, 2020; the Farmers Empowerment and Protection) Agreement on Price Assurance and farm Services Act 2020 and the Essential Commodities (Amendment) Act, 2020.

The Supreme Court had stayed the implementation of farm laws in January this year. (ANI)