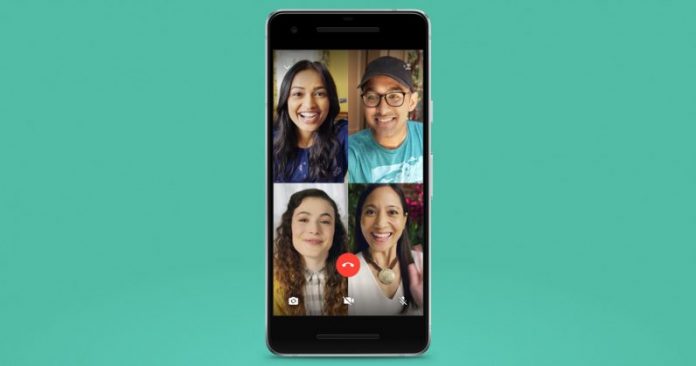 WhatsApp has updated its messaging service with support for group video calls, allowing you to chat with up to three more people simultaneously on its iOS and Android apps.

To use the new feature, you’ll need to first start a one-on-one voice or video call with a contact, and then tap the ‘add participant’ button at the top right of your screen.

WhatsApp says that its calls are encrypted end-to-end just like its standard messages. It sure took its own sweet time adding this functionality, seeing as how support for one-on-one video calls was introduced nearly two years ago.

Its parent company, Facebook, announced back at its F8 conference in May that it was building the feature for both WhatsApp and Instagram. It arrived on the latter platform back in June, with a similar four-person limit.

As I noted before, limiting calls to just four people means you can’t use it with large groups of friends and family; in contrast, iOS 12’s FaceTime allows for up to 32 people at once. Now that’s a party.

In any case, WhatsApp’s new group video calls are rolling out starting today; you’ll want to update the app to the latest version to try it out.