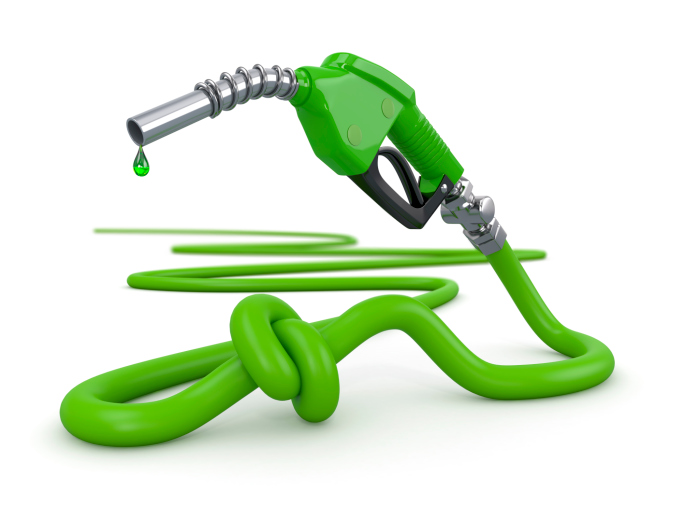 Even as consumers are reeling under rising fuel prices in the domestic and global markets, the Union cabinet last week hiked prices of ethanol by 25 per cent, to Rs 59.13 per litre. The hike elicited cheers from sugar companies and their stocks rallied, despite a largely bearish stock market last week.

While announcing the hike, the government said it intended to incentivise sugar mills’ ethanol output. In a later decision, the government also increased the blending ratio of ethanol in petrol from previous 2-3 per cent to the current 10 per cent.

The government has set a target of 10 per cent ethanol blending in petrol by 2022, largely aiming to allow sugar mills liquidate their large stocks of the sweetener. However, blending levels were 3.5 per cent and 4 per cent in 2016-17 and 2015-16 sugar seasons, respectively.

The hike in prices and increase in ethanol splash rate mandated under the government’s Ethanol Blending Programme (EBP) was aimed to benefit sugar producers and OMCs. While OMCs save precious dollars spent on crude oil and chemical octane boosters, Indian sugar mills get the opportunity to offload stocks which in turn helps to settle mounds of their debts to sugarcane farmers.

Certainly, a win-win for the government when India’s record sugar surplus of 10.6 million tonnes in the current sugar season could be tapped into. Cabinet also increased the procurement price of ethanol produced from 100 per cent sugarcane juice to Rs 59.19 per litre. While the cost of ethanol produced from B-Molasses (partial sugarcane juice) was increased to Rs 52.43 per litre from the existing 47.49 per litre, that produced from C-heavy molasses (using grains and other crop waste) was raised to Rs 53 from Rs 43.46 a litre, a 25 per cent boost.
“This is a quantum jump. We want our sugar farmers to get relief and sugar industries to become stabilised. The production of ethanol will also increase,” said Dharmendra Pradhan, Union petroleum minister in a press conference after the cabinet decision.

However, despite the government’s go-getter outlook, there are concerns over the new ethanol targets and whether they would achieve the desired results. One of the concerns is about having an adverse impact on the environment—the primary reason why use of ethanol is being stressed on.

“Unlike Brazil or others, in India, sugarcane has a highly water-intensive cultivation. So, we have to be conscious about the usage of the crop and the water,” said A.D. Pathak, director, Indian Institute of Sugarcane Research in Lucknow. He said research on a less water-intensive sugarcane crop or an agricultural practice requiring less use of water was still a work-in-progress.

The BioFuel Policy of 2003, when formulated for the first time, had considered this exact scenario and had mandated imports of ethanol at the time. This provision to import was later removed after the government’s recent amendments to the national policy.

“The Minimum Purchase Price (MPP) for bio-diesel by the OMCs will be linked to the prevailing retail diesel price. The MPP for bioethanol will be based on the actual cost of production and import price of bio-ethanol,” the 2003 policy stated.

The original policy also provided for compensation to OMCs in the event diesel or petrol price fell below the MPP for biodiesel and bioethanol. However, the National Policy on Biofuels, after its May 2018 amendments, restrict imports of ethanol. It assumes that domestic requirement of ethanol would be sufficiently met from sugarcane and other crop wastes.

“Import of biofuels would only be permitted to the extent necessary and will be decided by the National Biofuel Coordination Committee proposed under this Policy. Duties and taxes would be levied on the imports so as to ensure that indigenously produced biofuels are not costlier than the imported biofuels,” the recent version of the Ministry of New and Renewable Energy the policy now states.

On the other hand, India also underachieves its fuel quality commitment to sell fuel with an Octane value (RON) of 91 in the country. HPCL and other OMCs on the state that they sell diesel and petrol with an RON value varying from 87 to 93 in premium quality fuel sold by them, depending on the state.

The lowered Octane content and statewide variations in octane levels in fuel results in efficiency loss in vehicle engines and typically contributes to increasing pollution and reducing vehicle life. But there is a ready answer to this in ethanol—the cheapest fuel octane booster—which has an Octane value of 113 going for it.

“Irrespective of the government’s mandate, unless a two-tier procurement policy is adopted, India would not be able to fulfil its bioethanol mandate,” said Amit Sachdeva, India representative of United States Grains Council. The US remains one of the largest producers of bioethanol globally.

Currently, the US is laden with large stocks of the biofuel. Global prices of ethanol have dipped considerably, from their highs six years back, as supplies boomed. “India should buy ethanol at government-determined prices from domestic sources and allow imports of the differential amount needed to fulfil its ethanol blending mandate fully,” said Sachdeva.

The US Grains Council, among other things, also seeks a global market for the US’s abundant supply of bio-ethanol. “This will lead to a saving of 43-45 cents for every litre of fuel sold by the OMCs,” he said, citing the savings they will make in the purchase of xylene, toluene and other chemicals used as octane boosters.

Earlier, even all large producers of ethanol had allowed for imports to meet their shortfall. The US, Brazil and Philippines had all followed an open import policy for the biofuel for long. The Union budget had already earmarked a Rs 5,000-crore assistance in setting up better technology (2G) for ethanol production.

Allowing for imports in a year when global crude oil prices are ruling high and bioethanol prices in the US are at rock bottom could very well ensure a drop in price of the Indian crude oil basket, preventing a wider fiscal deficit and check rising fuel prices, concern which is yet to stop haunting the government this year.