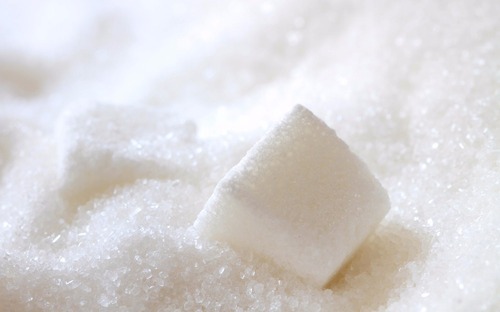 Excess sugar is bad not only for one’s health but also that of sugar mills and their owners who are faced with the problem of plenty in Uttar Pradesh. Farmers have their own set of problems as they wait endlessly for factories to clear their arrears which have piled up to Rs 12.25 crore.

Sugar alone is not giving the mill owners sleepless nights. Every time there is a bumper sugarcane crop and consequently more sugar production, the output of molasses increases proportionately.

While sugar is sold in the wholesale market at lower prices, sale of molasses is tough because of state excise department’s restrictions on sale and movement of the product, and bureaucratic sloth.

Total cane crushed by 94 private, 24 co-operative and one government-owned sugar mills in the 2017-18 crushing season totaled 10,821.35 lakh quintals. Till May 18, 2018 these mills had produced 1,081.50 lakh quintals of sugar and the crushing season is still on with some farmers starting the growing season late. With every tonne of crushed cane yielding 46 kg of molasses, this year the output has been to the tune of 235.23 lakh quintals.

It’s a double whammy for the Rs 35,000-crore sugar industry, is how a spokesman of UP Sugar Millers’ Association described the glut in sugar and molasses production. This has led to falling of sugar prices from Rs 36-Rs 37 to Rs 26-Rs 27 a kilo on one hand and on the other the government’s clampdown on movement of molasses has forced them to transport it to liquor manufacturers for free.

This Rs 12 per kg loss was likely to increase as another bumper sugarcane harvest is predicted. Prices of molassess have also tumbled from Rs 800 per tonne to Rs 250-Rs 400 per tonne.

“The more sugarcane and sugar we produce, the more we lose as all cane has to be compulsorily crushed. We cannot close our factories,” the UPSMA spokesman said.

And the biggest beneficiaries of this situation are the country liquor distillers as the “government’s restrictive excise policy on molasses is aimed at promoting quality country liquor,” the UPSMA spokesman said adding that this supply was over and above the 12% quota earmarked for distillers.

“Production of molasses is well beyond our capacity to consume and hence will have to convert it into free sale in order to be able to sell it outside UP. But the necessary permission needed from the excise department, both by the buyer and seller, may take months to materialise. Sometimes they just sit over our requests,” the spokesman said.

In fact, to make the movement of molasses more difficult the state cabinet on May 15 hiked the penalty on smuggling of molasses to Rs 1 lakh, along with a jail term of one year. The fine earlier was only Rs 2,000.

As the situation stands today, manufacturers are not only facing losses due to lower prices of sugar but also because they have to pour the molasses down the drain.

This has added to the problems of mill owners who owe farmers over Rs 12,000 crores. They have warned the government of the complete closure of mills in the coming season. The UPSMA letter to UP Chief Minister Yogi Adityanath stated that the industry was unable to pay cane arrears any further and with bankers and financial institutions also not coming forward to bail them out, their confidence was totally shaken.

“While we have no road map ahead, there is also no certainty on the cane price for the next season and with sugar prices keeping low, we see no future,” the letter said.

Gaya Bhushan Pandey of the Hind Mazdoor Sabha said in case of closure the situation would turn grim for about 400 casual workers per mill. Almost an equal number of those who are regular employees on the rolls are a “legal liability” for mill owners.

Yogesh Dahiya, a cane grower, dismissed the mill owners’ cry for succour as nonsense. “If there is a glut, why have they allowed 15 million tonnes of sugar to be imported,” he asked and claimed that 6.5 million tonnes of the total import was already at the ports.

Dahiya said that 50 lakh families were dependent on sugarcane farming. He was optimistic that like in the past the government will come to the rescue of mill owners with the latter “contributing something to the ruling party’s kitty before the 2019 elections”.

Dahiya said, “After all, Prime Minister Narendra Modi promised to double the incomes of farmers, hasn’t he?”

Dharmendra Malik, a member of the Bharatiya Kisan Union, also said the factory owners are in the habit crying over arrears. It is a pressure-building tactic so that the government does not increase the minimum support price for sugarcane in the next season.

He said farmers get paid only for the sugar recovered from per quintal of cane. Because of the introduction of a new variety called 38, it is 12 kilos to 14 kilos per quintal. “Farmers are not paid for molasses, which is a by-product,” Malik said.

On non-payment of dues, Malik wondered why it is only the big players who default. Some of the smaller companies have paid up to 90 per cent, he said. Farmers are also not paid any interest on the late payment.

Malik said factory owners, who are crying over low prices of sugar, sell the commodity at an even lower rate to commercial users like soft drink manufacturers and halwais but for retail buyer there is no relief.

Another BKU leader Alok Singh said Akhilesh Yadav government had paid mill owners Rs 14,000 crores to clear their dues. This, when industrialists get subsidy on power and other benefits but will any government pay farmers any subsidy if they incur losses, he asked.

“We are not compensated for delayed payments which affect our children’s education, healthcare requirements and other necessities,” Singh said.

Yogi Adityanath government had promised to clear within 120 days of taking over and all future payments “within 14 days”. The arrears, which were around Rs 2,000 crore in 2017, have steadily mounted with the “14-day” deadline having been long forgotten.

Both the farmers said that by not keeping its promise the BJP government has proved to be no different from the previous governments. “Like others, they too shall pay for it in the elections,” Singh and Malik said.