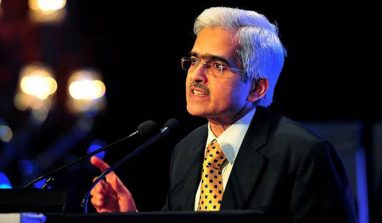 Mumbai, Dec 12 (PTI) RBI Governor Shaktikanta Das Wednesday said he will try to uphold the autonomy, credibility and the integrity of the “great institution” and take every stakeholder, including the government, along in a consultative manner. The former bureaucrat, who took over the reins of the Reserve Bank earlier in the day following the resignation of Urjit Patel, said he will take measures which the economy requires in a timely manner and as the first step, will meet the heads of public sector banks.
Addressing media hours after taking over as the 25th Governor of RBI, the former Union finance secretary who was the pointsman for the government during the demonetisation in November 2016, describing the bank as a “great institution”. “I will uphold the autonomy, integrity and credibility of RBI as an institution. I will ensure that it is intact,” he said. “The RBI is a great institution, has a long and rich legacy,” he added.