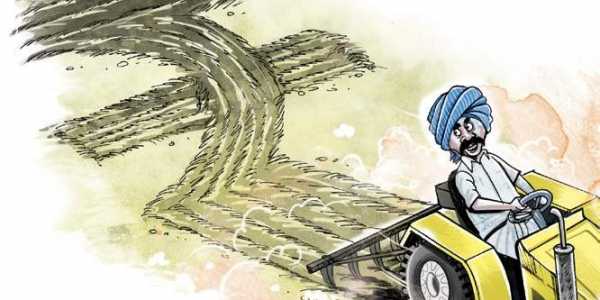 BENGALURU: The dilly-dallying by the state government over farm loan waiver has put the farming community in a fix. For farmers who have availed crop loans at 0% interest, there are immediate concerns as June 16 is the last date for them to renew it, failing which they will have to pay 12% interest.

Anticipating the waiver, many farmers have neither paid interest nor the principal amount on the loans availed from many primary credit co-operative societies in the state, bringing the repayment process to a halt. These issues have surfaced at a time when most of the crop loans are availed by farmers and especially in a year when good rainfall has boosted agricultural prospects in the state.
Farmers’ organisations fear that the delay by state government in announcing the waiver will deprive many from availing fresh crop loans from agricultural credit co-operative societies in time for the kharif season. There are also allegations that some co-operatives have turned partisan while sanctioning loans to farmers this year.

Speaking to The New Indian Express, Badagalapura Nagendra of Karnataka Rajya Raitha Sangha said that one of the immediate concerns of farmers was regarding the 0% interest loans. “For crop loans of `3 lakh with 0% interest from co-operative banks, June 16 is the last day to renew the loan. If the farmers who are waiting for the loan waiver don’t pay up by Saturday, they are looking at paying 12% interest on the same loan from the day it was sanctioned to them,” he said.

Small and marginal farmers will be affected if they are unsure about availing new loans. Though the Raitha Sangha has demanded the state to intervene in this issue as paddy, cotton, sugarcane and other farmers will be affected, there has been no response, he said. The same is the problem with loans availed from commercial banks, as the uncertainty over waiver could make it a difficult kharif season from the farmers, Nagendra added.

The delay by government in paying the remaining 50% of the `8,160 crore loan waiver announced by former Chief Minister Siddaramaiah is also one of the causes for new loans being denied to some farmers, said Attahalli Devaraj of Sugarcane Growers Association. “Since the government is yet to pay the amount, loans of many farmers are not being renewed,” he said.

Even as the government is mulling over the waiver, many banks have issued auction notices for the collateral the farmers had pledged to avail loans, he said.

An official of a primary agricultural credit co-operative society in Athani of Belagavi district said that waiver was hurting such societies across the state. “Last year, if we gave some farmer `60,000, the government waived `50,000 of it. The remaining `10,000 has not been paid. The part of the loan which was waived is yet to be recapitalised to the bank. In such a situation, if we have to provide them loans again, what will our financial condition be?” he questioned.

According to another bank official, new loans are not sanctioned to farmers if old dues are pending. “At least they should have paid the interest amount for the loans they have availed from commercial banks to avail new loans,” he said.

Cooperation minister Bandeppa Kashempur said the issue pertaining to recovery of loans was only related to medium-term and long-term loans. “Payment of short-term loans have been regular,” he said.
The problem with ensuring that the loan waiver benefits all farmers is that when a new loan waiver is announced, people who benefitted from the past waiver will also benefit. “People whose `50,000 has been waived, have taken another `50,000 loan already,” he added.

Highly placed sources in the Department of Agriculture said that loan waiver has raised the expectations of farmers, who are confident that a significant chunk of their loan will be waived. “Due to this, there have been complaints by the Co-operative Department that recovery of such loans has literally stopped in the past month-and-a-half. This will cause some problems as banks complete their recovery by the end of June in many parts of Karnataka and issue new loans from July,” the source said.