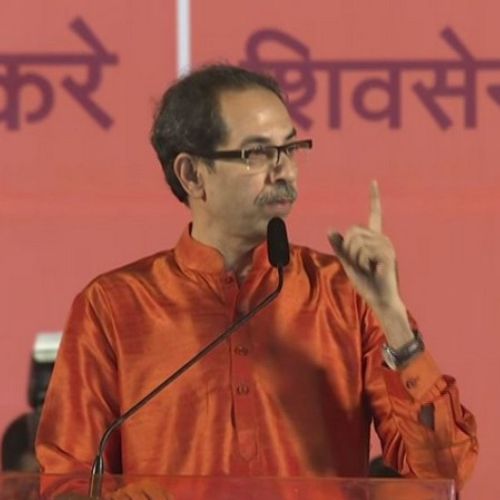 Mumbai (Maharashtra), Dec 10 (ANI): A day after the contentious Citizenship Amendment Bill was passed in the Lok Sabha, Maharashtra Chief Minister Uddhav Thackeray on Tuesday said that the Shiv Sena will not support the proposed legislation unless the party’s queries in the Rajya Sabha were addressed.

“We will not give support to the Bill unless things are clear. If any citizen is afraid of this Bill than one must clear their doubts. They are our citizens so one must answer their questions too,” Thackeray, who is also the Shiv Sena chief, told reporters here. Attacking its former ally BJP over their stance on the Bill, the Chief Minister said, “Terming anyone who disagrees as a traitor is their illusion. We have suggested changes in the Citizenship Amendment Bill we want in the Rajya Sabha. It is an illusion that only BJP cares for the country.”

Interestingly, Thackeray’s statement came hours after Shiv Sena MP Arvind Sawant said that the support for the Bill will continue in the Rajya Sabha as well because of ‘national interest’.

“We will support the Bill. Do we have different roles? Shiv Sena always takes the stand which is good for the national interest. This is not anyone’s monopoly,” he told ANI after the party backed the Bill in the Lok Sabha yesterday.

Meanwhile, according to sources, the Citizenship (Amendment) Bill, 2019 will be tabled in Rajya Sabha on Wednesday.

The Bill, which seeks to give citizenship to refugees from Hindu, Christian, Sikh, Buddhist and Zorastrian communities fleeing religious persecution from Pakistan, Afghanistan and Bangladesh was passed in Lok Sabha on Monday.

After heated discussions spanning seven hours, the Bill was passed with a majority of 311 votes against 80 in the Lower House where 391 members were present and voted.
In Rajya Sabha, the Centre requires the support of at least 123 MPs in the 245-member Upper House.