Home English Indian Sugar News “World sugar price in 2020 will have to remain closely correlated with... 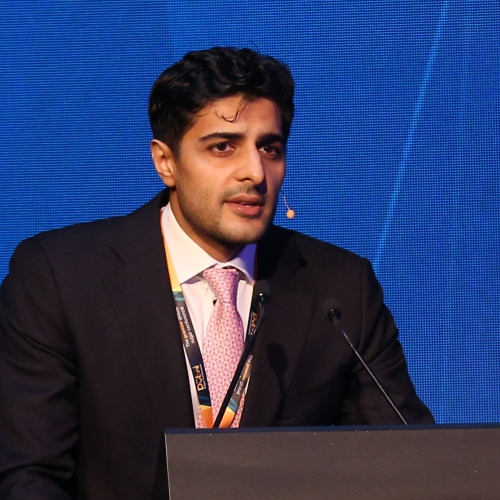 Everyone in the sugar industry is well acquainted that sugar suffers from a chronic, incurable disease named overproduction owing to factors like the USA, China, and the EU (until 2017) all protect their domestic prices high to protect their own sugar industries. Most countries around the world give some advantage to local producers, e.g. Brazil with lower taxation on ethanol than on gasoline. Recently the EU bravely liberalized their production, however, very high import duties ($460 per ton) keep domestic prices at about $200 per ton above the world price and for the past 2 years India has been subsidizing exports.

Speaking at a sugar conference in Mumbai, Mr. Dev Gill – Agricultural Options Broker at Marex Spectron, one of the world’s largest commodity brokers shared his views on Supply and Demand of Sugar in 2020.
He threw light on some vital points like; the pattern has been, and continues to be, that production falls slowly, if at all. Consumption has certainly slowed its growth, if not actually started to fall. As a result prices stay very low for several years way below production costs in most areas. Until eventually a deficit occurs, prices shoot up and producers all around the world plant more area to cane and beet, hence the pattern repeats itself. This pattern was interrupted by weather in the past 4 years, effectively by 2 years of inadequate monsoons, which caused massive falls in production, mainly in India, but also in Pakistan, Thailand, and China.

As a result, world supply/demand have been balanced for the past 2 years, but only because CS Brazil produced the minimum sugar. Global Sugar Annual Ending Stocks. At the same time world stocks have been growing and are now reported to be at a record high in terms of stocks to use. However, one cannot trust statistics on sugar stocks or consumption, because the latter is unmeasurable, and therefore, the formula is unreliable. Still, it is clear that India, China, and Thailand are sitting on high stocks. There is not a single country where the domestic price indicates that stocks are low.

He added that our estimate is for a small global deficit between world production and world consumption in 20/21, of about 6 million tons. That only represents about 3% of world stocks, so can easily be absorbed. The question – ‘how much sugar needs to be exported versus how much sugar needs to be imported?’ – is of course important, but also harder to evaluate . However, there will clearly be reductions in exports in Thailand, Australia, and Central America. As well as lower production in the USA and EU. These reductions in supply are greater than our forecast increases in exports (notably in India and Russia). Overall, we see a ‘real’ deficit of about 2-3 million tons between foreseen exports and foreseen imports. But this deficit is of course based on the ‘minimum sugar’ production in CS Brazil.

Overall this tell us that, the world sugar price in 2020 will have to remain closely correlated with the ethanol parity. The ethanol parity will depend on two factors; the price of gasoline in Brazil and the discount at which ethanol in Brazil will be trading against (pump ratio).

Using the current forward RBOB (international gasoline prices) and a pump ratio of 65%, which we think is the probable average pump ratio which will apply during the main period of next year’s CS Brazil harvest, that gives an ethanol parity of 13.50 c/lbs. On this reasoning, the world price is going to have to trade at a discount to this ethanol parity, and how big that discount will be will depend on world perception of just how much extra sugar (above the minimum) will be needed to satisfy world demand.

Rest of the World, in India we expect current Indian production in the middle of the range estimates, at 27/28 MT. In 2020/21 we expect it to bounce back to something close to 2018/19 levels, but a bit more diverted to ethanol, to around 31/32 MT sugar production.

Thailand
The current harvest we expect a production of 12 MT. For 2020/21 a lot will depend on weather. If the current low soil moisture and low dam levels continue into March/April, there will be less planting and growth of ratoon cane will be impeded.

EU
We are carrying 16.5 MT for current sugar production (all ethanol excluded). We currently estimate that the EU will be a net importer of ~0.8 MT sugar, compared to 0.4 MT last year. 2020/21 production we expect between 16.5 to 17.5 MT, based on a 2.5% decrease in area planted, with yields depending on weather.

Vivek Waghmode - Thursday, 5 August 2021
Maharashtra Social Justice Minister Dhananjay Munde has asked the authorities to speed up the work related to the welfare and development of the sugarcane cutters, according to www.uniindia.com. He had convened a meeting to take review of the work related to the projects launched for the welfare of cane cutters.