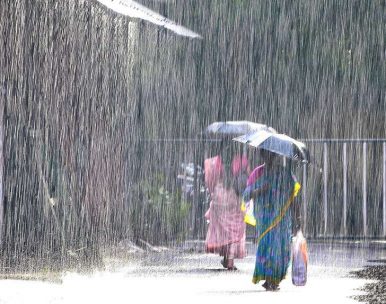 The districts of Pathanamthitta, Idukki, Wayanad, Thrissur and Palakkad are set to witness heavy rains on Tuesday and Wednesday.

Just a month after the state of Kerala was hit by heavy rains and floods, causing heavy destruction to human lives and property the Indian Meteorological Department (IMD) on Sunday has announced that heavy rains are predicted in five districts of the state on September 25 and 26.

“MeT department Centre has predicted heavy rainfall (64.4mm to 124.4mm) in these districts,” said the CMO office in their tweet on Sunday night.

CMO Kerala also went on to say, “The State Disaster Management Authority has instructed district authorities to be on alert and directed them to take necessary precautions.”

It is also to be noted that the districts which have been put on yellow alert on September 25 and 26 were also some of the worst-hit districts during the floods which ravaged the state in August.

Kerala witnessed heavy rains, floods and landslides since the month of July. But the worst phase of the monsoon began on August 8 and this lasted till about the end of the month, which resulted in the death of more than 450 people, displacing lakhs of people and destruction of houses and property of many.