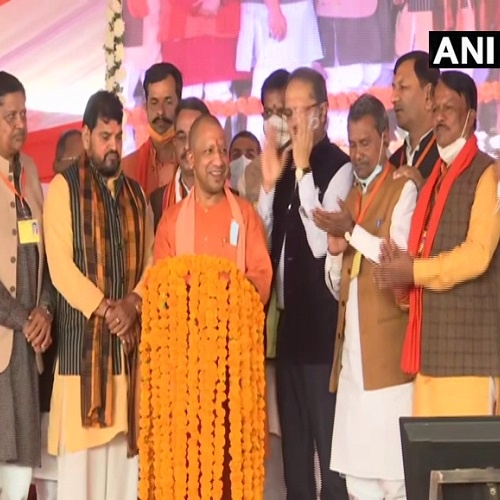 Uttar Pradesh Chief Minister Yogi Adityanath laid the foundation stone of an ethanol plant in Gonda today. It is to be set up on 65.61 acres of land at Balrampur Sugar Mills Complex, Maijapur, at a cost of Rs 450 crore.

The project will help to boost ethanol production in the country and also to reach closer to the ethanol target set by the government.

Speaking on the ethanol plant, Yogi said, “It will assist the farmers financially. With ethanol production, the money which used to go to a foreign land will now go in the pockets of farmers.”