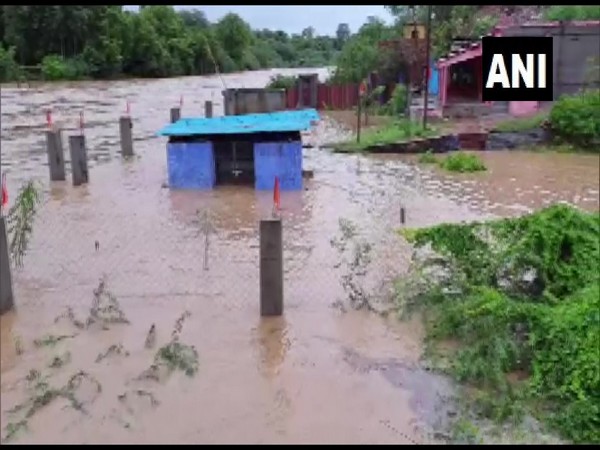 Karauli [Rajasthan], August 2 (ANI): Heavy rainfall along with releasing of water from the Panchna dam caused floods in parts of the Karauli district of Rajasthan.

After heavy rains, the water level in the dam increased, which was released later on, leaving the streets and the houses of the various parts of the Karauli district flooded.
The administration is carrying out the rescue operation to get people out of the flood area. While speaking to ANI, Devendra Parmar, SDM of Karauli district said, “That several areas were flooded due to heavy rain last night. Civil defence teams are continuously carrying out rescue operations in the area. Gates of Panchna dam have been opened.”

Earlier India Meteorological Department has predicted that thunderstorm with light to moderate intensity rain would occur over and adjoining areas of isolated places of Kotputly, Loharu, Sadulpur, Pilani, Jhunjunu, Viratnagar Rajgarh and Ajmer in Rajasthan for the next few days. (ANI)
To receive ChiniMandi updates on WhatsApp, please click on the link below.
WhatsApp Group Link