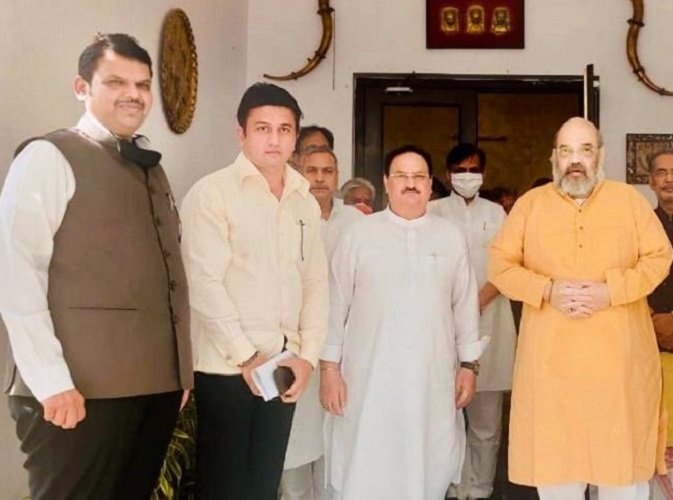 Mumbai: Former chief minister Devendra Fadnavis along with the delegation of MLAs from BJP met Union Home Minister Amit Shah and discussed the problems Maharashtra sugar industry is facing. The crushing season in the state is all set to begin from October 15 this year.

He has urged the Centre to look into the loan restructuring as the mills are suffering from a financial crisis. Earlier also BJP leaders had urged the government to look into the problems face by the state sugar industry. Fadnavis had previously raised several issues during the meeting including an increase in fair and remunerative price (FRP) and package for the sugar industry.

Fadnavis took to Twitter to share information about the meeting with Amit Shah. In a tweet, he said, “Met Hon Union Home Minister @AmitShahji in New Delhi, on various issues pertaining to sugar industry including loan restructuring.”