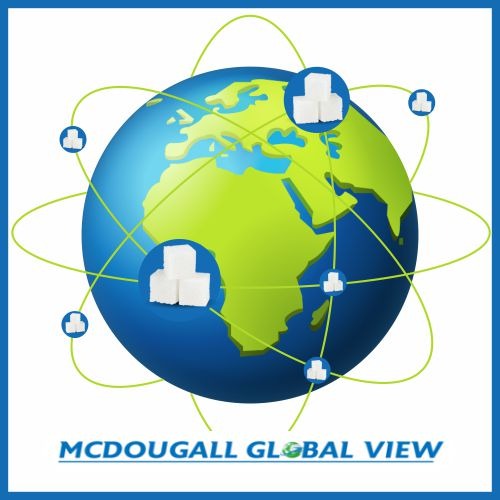 Is Brazil turning into Thailand?
Thailand sugar production has, through the years given the market surprises. Two years ago the crop had what can only be described as sudden death, and caught many by surprise by the drop in production from 14.581 MMT in 2018/2019 to 8.294 in 2019/2020. Back in 2010, production surprised to the upside when a massive amount of cassava was eradicated and taken over by sugarcane. The mills don’t usually talk to the press, preferring their relationships with the trade, where they pass almost all of their fixations.

Brazilian mills, on the other hand, are usually very vocal, especially when there is a problem, and there always seems to be a problem. Too dry, too wet, fires in the cane, yield issues due to the harvesting machines. Of course when it comes to fixing their sales price, they like to push the market, like any farmer or commodity producer. But this year, it appears to be a bit different. Rainfall has been below normal, for about the bulk of the crop year, but there doesn’t seem to be much of a problem. The comment late last year was, “the really important time is in Q1 of 2021.” Then after January saw less rainfall than normal it was “February and mark are the most important months!” Now it is, “well, if we get rain in April”. Now it is “the end of April”.

Granted, when Brazilian cane production has had a serious issue, it has almost always been due to excessive rain, which is normally the case during an El Nino event. Funny when rain makes grain, or in this case, cane. But heavy rain makes it hard to harvest, and certainly more costly, as sugar concentration falls and the mills have to haul heavy, rain soaked cane to the crusher. In some years, cane has to be left in the field, and harvested only in the next year. Dry weather production issues are less frequent as dry weather increases sugar concentration. At least up to a point. Heavy rain in Q1 and then dry from May onward is nearly ideal.

But this year, despite the drier than normal weather we have seen in Sao Paulo (principally), but also in Minas, Goias and Mato grosso do Sul, the amount of publicity on the situation appears to be relatively low. Does this mean no mills are complaining, or the press is not picking up on it? Since Sao Paulo represents some 58.5% of the cane produced in the Center South, one would think dry weather would be a concern.

Now that the harvest has begun, there have been some hints that cane production is below normal. In fact the first hint was the delay in crushing from a large number of mills. By the end of March we saw that only 47 mills (of which 5 were corn) were operating. That compares with 87 last year. Things will pick up in April, but that is only because mills can’t remain stopped forever and without rain, the cane will be slower in developing.

So why the silence, up until recently? Well, according to Archer, two weeks ago the mills were fixed over 86% of their sugar export. So now they have to fix only the cost of the cane through the CONSECANA pricing formula, and so the mills have no incentive to boost prices at this point. Not all cane is purchased from third party growers, but the percentage has risen recently to 42% after years being mired at 30%.

So, with very few complaints, the impression the market might be getting is there is not a serious issue. Don’t believe it. Yes, some areas are better than others but if the Brazilian monsoon is really over by the end of this month, and may be dry, you won’t only have problems with this crop but next year’s as well.
This year it could be the year Brazil gives the market a surprise, not Thailand!

After Maharashtra, Karnataka plans to produce oxygen in sugar mills