According to the Indian Sugar Mills Association (ISMA), Ethanol supply contracts for 170 crore litres have been entered into between ethanol manufacturers/sugar mills and oil marketing companies (OMCs) for the current ethanol supply year (Dec-Nov) 2019-20.

Against this, 92.5 crore litres of ethanol have already been supplied to the OMCs between 1st Dec 2019 and 22nd June 2020, achieving an average all India blending of 5.09% with petrol till then. This is almost as per contracts signed for the supplies. The blending levels achieved in some States like UP, Haryana, Punjab, Uttarakhand, Bihar and Karnataka is much higher at 8.5% to 9.8% with petrol.

B-heavy molasses and sugarcane juice have been diverted away from sugar, to manufacture and supply 58 crore litres of ethanol to OMCs from in current ESY upto 22nd June 2020. As per contracts entered into by the sugar mills across the country, another 23 crore litres of ethanol will further be manufactured from B-molasses and cane juice for supply in the balance period upto 30th Nov, 2020. This use of B-molasses and cane juice into production ethanol, and not for sugar production, will result in a diversion of sugar of around 8 lakh tons.

The diversion will not only reduce surplus sugar availability in the country, but also reduce the carrying costs to that extent for the sugar mills. It has and will also give better returns to mills because ethanol prices fixed by the Government are more remunerative than sugar currently, as also give them better cash flows because of immediate sale of the ethanol as compared to delays in sale of the sugar, which could have been stuck in godowns of mills for more than 10-12 months.

Despite the fall in petrol consumption/sales during the lockdown period, the supplies of ethanol were not too badly affected, and sugar mills have been able to supply as per the contracts during the lockdown too. Accordingly, the blend levels have been maintained at an all India average of 5% for the country. This could happen because of the good understanding and cooperation between the OMCs and sugar mills/ethanol manufacturers, when they together agreed to relocate ethanol supplies from depots that were full, to other depots and even to distant States, where there was hardly any ethanol being supplied, and therefore there was tankage capacity therein to take the reallocated ethanol supplies.

During the last year 2018-19, 190 crore litres of ethanol was supplied. But because of drought in Maharashtra and Karnataka and some other States in South India, sugarcane production dropped quite steeply in the current season, 2019-20, because of which not only did the sugar production fall by 18%, but the availability of molasses too fell as steeply. That is the reason that the ethanol offers also fell and contracts for supplies of ethanol decreased to 175 crore litres in this season.

With better rainfall and water availability, the acreage under sugarcane for next season, 2020-21 is back to normal, and sugarcane production is expected to improve again. Therefore, as also considering that ethanol production capacity in the country has increased to over 375-400 crore litres, the Government of India is targeting an ethanol production and supply target of 300-350 crore litres in 2020-21, and achieve 7.5-8% ethanol blend levels with petrol. As laid down in the National Biofuels Policy 2018, the Government intends to achieve ethanol with petrol blend levels of 10% by 2022 and 20% by 2030, and therefore, efforts are being made to achieve the targets.

In this regard, consequent to a meeting taken by the Hon’ble Minister of Petroleum & NG, Mr. Dharmendra Pradhan, a few days back, with senior Government officials, another meeting was conducted by the Joint Secretary (Sugar) with the ethanol manufacturers. The meeting with the JS (Sugar) was organized by ISMA on 25th June and was very well attended by officials of Food Ministry, Petroleum Ministry, OMCs and several senior members of the sugar industry and ethanol manufacturers.

The Joint Secretary (Sugar) conveyed that the Government is giving huge importance to the ethanol blending programme, and emphasized the need to encourage more ethanol production, especially from B-molasses and cane juice, to serve the twin purposes of achieving Government’s target level of blending as well as of reducing some more surplus sugar production in next year. The success stories of diversion of a significant quantity of cane juice/ syrup to produce ethanol and reduce surplus by few sugar companies in Karnataka was highly appreciated, and mills in other States were requested to also do so. Several sugar companies explained that they were unable to progress in the matter because of delays and the reluctance of State Governments in giving permission to use cane juice to produce ethanol, and requested that this issue to be sorted out.

a) If the blending levels are increased to 15% in surplus ethanol producing and their neighboring States, the need to move ethanol over long distances and to other States will decrease, and more supplies will happen.

b) Some States like Delhi, Rajasthan etc. are wrongly charging import fees on ethanol being supplied to the depots therein, and some other States are wrongly controlling its movements. These need to be withdrawn like how other States have done, adhering to the legal provisions in the matter.

c) The transportation costs reimbursed to sugar mills by OMCs, for transporting ethanol to their depots, are sometimes Rs.4-5 per litre less than the actual expenses, because of which mills are not willing to supply ethanol to distant depots/States. It was requested that the transport rates reimbursed should be at the same rates as paid by OMCs for transporting petrol, since mode and conditions of transport of both are same.

d) The current system of tendering and documents asked for is taking a very long time, because of which some suppliers divert their molasses or alcohol to other products/users. A few suggestions were given on how to modify the system slightly to reduce the delays and improve supplies as also how important it is float the 1st tender in August 2020.

e) It was also noted how important it is to give full/adequate weightage to both sugarcane and sugar prices, while fixing the ethanol prices, to make it viable to divert B-molasses and cane juice for ethanol, away from sugar.

f) To reduce a glut in availability of molasses in the market next year, State Governments should allow and encourage export of C-heavy molasses for at least one year in 2020-21 sugar season, or till surplus sugarcane is being produced by farmers. The exports can happen without any financial burden on Govt. and yet help in use of more B-molasses and cane juice for ethanol, instead of for sugar.

g) The main constraint to achieve 10% blending quickly is the lack of adequate ethanol production capacity in the country. Despite the Central Government’s scheme of subsidized ethanol loan scheme of June 2018, and 362 projects getting approved by Food Ministry, loans have been sanctioned only for 56 projects. There was therefore, need to get all stakeholders viz. banks, sugar mills, OMCs and Government together to give confidence to each other about viability of ethanol projects and formulate understanding or joint agreements on escrow accounts, assured buying and repayments etc. to proactively give loans for ethanol production capacities.

The Government officials not only gave a patient hearing to the suggestions made, but also assured that due consideration to all the ideas would be given as quickly as possible and necessary steps would be taken to try to achieve the target of 10% blending by 2022. The industry representatives also responded very positively and assured that full efforts would be made by them too to increase ethanol production as also reduce a large quantum of surplus sugar production this way next year. 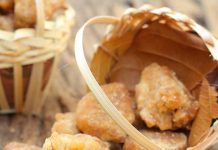