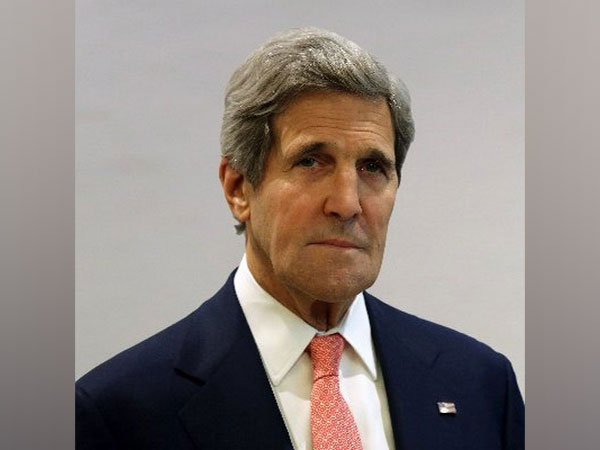 New Delhi, April 5 (ANI): US Special Presidential Envoy for Climate, John Kerry will visit New Delhi on Monday. He will meet with representatives of the Indian government, private sector and non-governmental organisations.

As per a spokesperson at the US Embassy in New Delhi, Kerry is travelling to Abu Dhabi, New Delhi, and Dhaka from April 1-9 for consultations on increasing climate ambition ahead of President Joe Biden’s Leaders Summit on Climate on April 22-23 and the 26th Conference of the Parties (COP26) to the United Nations Framework Convention on Climate Change (UNFCCC) later this year.

“As one of the world’s largest economies and a global leader in science and innovation, India is a critical part of the solution to the climate crisis. We see India as an important partner on future clean energy research, development, and deployment, not least because of their successful domestic agenda in this area. A key focus for our Administration is supporting and encouraging India’s decarbonization efforts through clean, zero, and low-carbon investment, and supporting India in mitigating its fossil energy use,” said the spokesperson.

This is Kerry’s first visit to India as the US’ Special Envoy for Climate Change. Earlier, in January, the Biden administration had re-joined the Paris Agreement and was lauded worldwide.

India has set the goals for 2030 for increasing renewable energy generation to 450GW and has revised its nationally determined contribution under the Paris Agreement.

Under the 2015 Paris climate accord, countries committed to reduce their carbon output and halt global warming below 2 degrees Celsius — and if possible, below 1.5 degrees Celsius — by the end of the century to avoid the worst impacts of climate change.

According to the UN Intergovernmental Panel on Climate Change, the population must reduce its 2030 CO2 emissions by about 45 per cent from 2010 levels and reach net zero by 2050 to ensure this temperature limit goal is reached. (ANI)