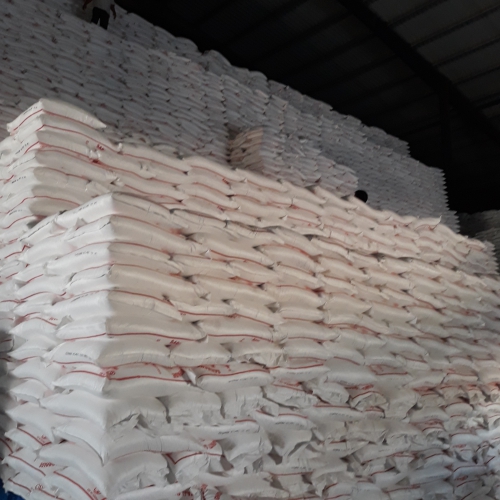 The Indian sugar production once again is on a verge to clock record production and sugar stocks also seem to be at an all time high. The sugar season 2018-19 began with an opening stock of 107 LMT and seeing the production numbers so far, the country will again witness sugar production approximately 330 LMT thanks to special sugar season in Tamil Nadu as well as South Karnataka.

The Government has been contemplating to find an indubitable and significant solution to bail out the sugar mills and sugarcane farmers from the crisis through several measures take up since the last couple of months. Out of them fixing Minimum Selling Price of sugar, Reintroduction of mill wise quota to regulate sales, MIEQ and incentives to mills to export sugar, announcement of higher price for ethanol produced out of B Heavy Molasses and cane juice, interest subvention and soft loans for ethanol capacity expansion have so far played a vital role.

Recently, the Government also approved creation of sugar buffer stock of 40 LMT that would enable to maintain the demand supply balance, stabilize the prices of sugar and to improve the liquidity position of the sugar mills to clear the sugarcane arrears.

The state-wise buffer stock (in MT) allocation is as follows:

In the current year, the nation also witnessed partial weather issues in some parts of Maharashtra being dry and the area under sugarcane cultivation therefore is expected to be lower. Poor availability of water last year and this year has discouraged farmers to grow the 18 month Adsali crop which gives maximum yield.

Looking at the dispatch numbers in the domestic market till 30th June 2019 a total of 187 LMT has been released for sale in the domestic market. Taking into consideration the average statewise release in first 9 months and extrapolating the same for the months of July, August, September quarter, the domestic consumption is expected to be 250 LMT. Reports also suggest decline of FMCG sector including the aerated beverage industry which directly affects the sugar industry.

Also, as per industry sources sugar exports have totaled to 35 LMT till June 30. The industry also anticipates that the export numbers may touch 37.5 LMT. If we further analyse the data, the sugar season 2019-20 is likely to commence with an opening stock of 150 LMT with state wise figures as below:

We will be ending the sugar season with a stock to use ratio of 6.7 months which is extremely burdensome even after optimistically assuming to get balanced sugarcane crop next year as a result of decline in sugarcane area.

Indian sugar export campaign of 2018-19 sugar season has been very decent and almost 37.5 LMTs got placed in various sugar importing countries. A similar push is required again from govt so that India hit backs to the usual carry out stocks of 50-60 LMT considering 40 LMT is buffer and therefore at least of export 60 LMTs for which everyone is waiting eagerly for central Govt. to announce next export policy.

Note: The above analysis is done basis Quota however, the market believes that the actual dispatch has been lesser and hence opening stock may vary and be even higher than 150 LMT.