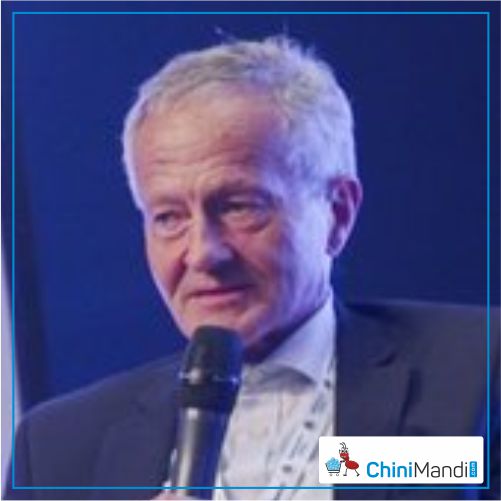 The outbreak of coronavirus has undoubtedly taken over the demand-supply dynamics of various commodities across the globe and sugar has been nowhere left aside for the same. Sugar millers, traders and every other party involved in the supply chain is back seated with jitter to see in which direction the sugar industry will move.

In conversation with ChiniMandi News, Mr.Robin Shaw – Head of Sugar Analysis at Marex Spectron, a leading commodity broker with extensive range of services and intellectual content across all commodity markets shared views on various aspects like global production and consumption numbers, his estimates of #5 and #11 prices ranging in the coming days and where he sees Indian sugar exports stand in the global market.

He shared, “I see relatively little reduction in world production; maybe a few hundred thousand lost from the tails of N. hemisphere cane crops; no change to beet because it is now probably too late to change sowing intentions.

As for consumption I doubt if direct consumption will be reduced, it may even go up a little as people stay at home and eat cakes and biscuits etc. But industrial consumption (drinks and ice creams etc) will suffer and of course the restaurant/cafe consumption even more. An estimate of 2 million tons total loss in the world was given by a leading analyst and that seems sensible.”

A recent report of Marex Spectron, mentioned CS Brazil can go back to a sugar mix, most estimates are for a max sugar mix of between 48 and 50% and a total of 37.7 mmt sugar can be seen likely to be produced. On that basis Robin added that he sees world demand needing about 31 mmt. Therefore the surplus looks like 6/7 mmt which is a lot and difficult for the market to cope with. While everyone is aware that production only reduces very slowly, since almost all the farmers across the world are protected, consumption is also extremely inelastic (sugar is already dirt cheap!). But the extremely low price will have some consequences; less fertiliser, pesticides etc.

Now, we now need to build in a higher estimate for unforeseen weather losses (though the rainy season in CS Brazil has ended satisfactorily, and now the only big question will be the Indian monsoon). So it will be mainly a job for the spreads to ‘carry’ the surplus into next year. 6/7 million tons is a lot, too much for CS Brazil alone to carry, so it means the spreads will have to widen. That is not in itself a problem. So, for what it’s worth, my instincts tell me that below 10c sugar is ‘too cheap’ in the sense that if anything happens, a flood, a drought etc such a low price becomes unsustainable.

“Talking about India, “Indian production may lose 200,000 to 300,000 tons due to the coronavirus hitting labour, so production will stand at 27.0 mmt. As for exports 3.5mmt looks like a minimum. To go back up to 4.5 mmt would require the virus to end very quickly.” He concluded.