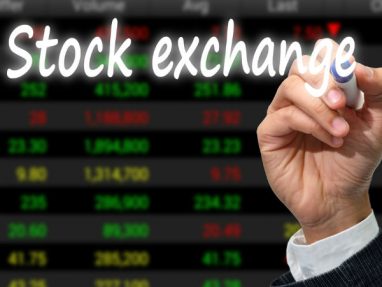 Mumbai, Dec 3 (PTI) The benchmark BSE Sensex opened over 200 points higher Monday following euphoria in other Asian stocks after US President Donald Trump and his Chinese counterpart Xi Jinping agreed to a truce and halted their tariff war at the G20 meet.
The 30-share index was trading 181.52 points, or 0.50 per cent, higher at 36,375.82 at 0945 hrs.
In similar movement, the NSE Nifty was trading 30.80 points, or 0.28 per cent, up at 10,907.55. Investors are eyeing Purchasing Managers’ Index (PMI) data for the manufacturing and services sectors, and also awaiting signals from Reserve Bank of India’s fifth bimonthly monetary policy meeting for 2018-19 which is scheduled to begin later in the day.
Metal, realty and FMCG stocks were the biggest gainers on bourses in early session.
Top gainers include Vedanta, Tata Steel, Coal India, HUL, Infosys, HDFC, PowerGrid, IndusInd Bank, ONGC, NTPC, ITC and HDFC Bank, rising up to 3 per cent
While, Sun Pharma was the biggest losers in the Sensex pack, falling up to 9 per cent, on reports that markets regulator Sebi was likely to reopen an insider trading case against the company as well as probe alleged lapses by some of its promoters and other entities in raising funds overseas.The development comes after a whistleblower reportedly approached Sebi with a document alleging various irregularities by the company, its promoter Dilip Shanghvi and others, sources said.
Other losers include Yes Bank, ICICI Bank, M&M and Hero MotoCorp, shedding up to 2 per cent. On a net basis, foreign portfolio investors (FPIs) sold shares worth Rs 332.62 crore Friday, while domestic institutional investors (DIIs) were net buyers to the tune of Rs 1,489.65 crore, provisional data available with BSE showed.
The rupee, meanwhile, depreciated by 50 paise to 70.08 against the US dollar in early trade Monday at the interbank foreign exchange amid strengthening of the US dollar against some currencies overseas. Brent crude, the international benchmark, was trading 4.78 per cent up at USD 62.30 per barrel.
Elsewhere in Asia, Hong Kong’s Hang Seng was up 2.68 per cent, Japan’s Nikkei gained 1.30 per cent and Shanghai Composite Index edged higher by 2.91 per cent in early trade.
On Wall Street, The Dow Jones Industrial Average index rose 199.62 points, or 0.79 per cent, to 25,538.46 on Friday.