New Delhi: According to the Indian Sugar Mills Association (ISMA), Sugar production till 30th November, 2019 in the current 2019-20 Sugar Season is 18.85 lakh tons, which was 40.69 lakh tons last year on 30th November 2018. New-season witnessed the downfall of 54 per cent in Indian sugar production.

In Gujarat also sugar mills started crushing operations by about 20 days late this year due to excess rainfall in South West Monsoon as well as North East Monsoon as on date. 14 sugar mills were crushing on 30th November, 2019 and they have produced 75,000 tons of sugar. Last year on 30th November, 2018, 16 mills were in operation and they had produced 2.05 lakh tons of sugar.

As per trade and market sources, about 15 lakh tons of sugar have been contracted for exports, which includes contracts made with port based refiners by sugar mills. Major destinations for sugar exports are Iran, Sri Lanka, Afghanistan, African countries etc. 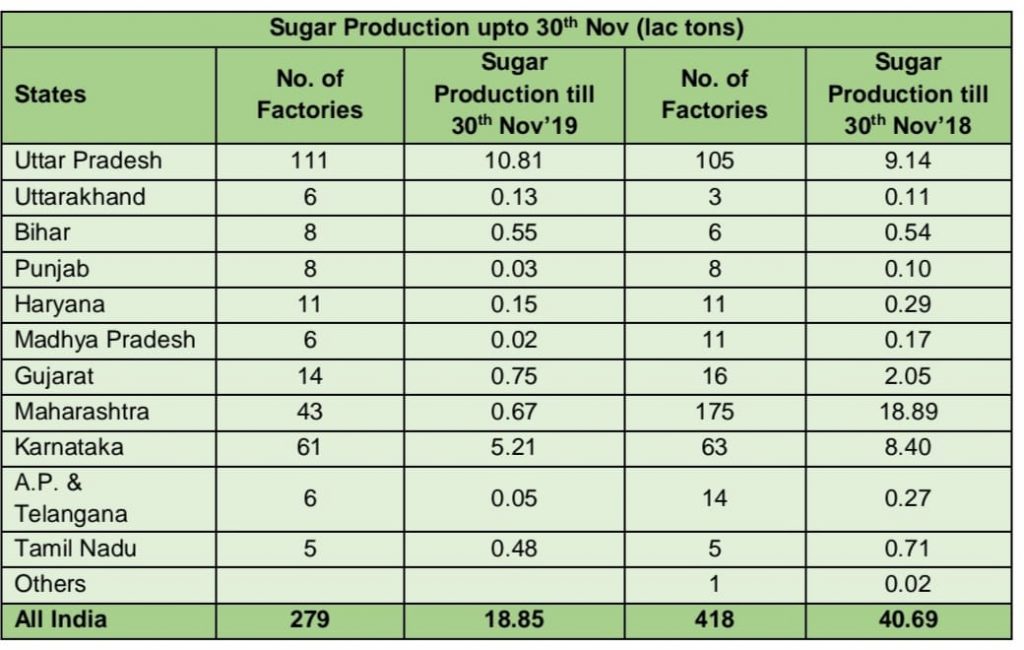