Home All News “The Govt. Has Reasonably Resolved Important Issues Which Were Creating Limitation For... 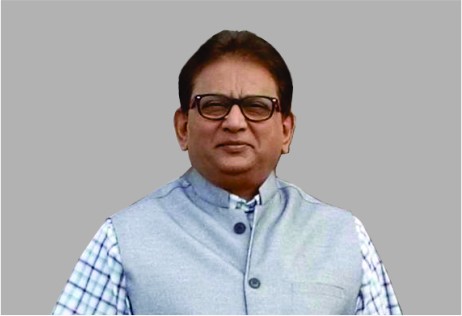 Excerpts:
The Government has recently extended the deadline for MIEQ, according to you would the millers in Maharashtra be able to export?
The Government has extended the deadline for MIEQ by 3 months from 30th September 2018 to 31 st December 2018. Additionally the exports being made in both the seasons, i.e. 2017-18 and 2018-19 would be considered together. This is indeed a welcome step and will definitely facilitate exports. There are certain important issues which were creating limitation for exports but have now been reasonably resolved by the Government. Chiefly, the issue related to permission for opening “No Lien” accounts in Co-operative Banks has been taken care of which was a problem for almost 90 sugar mills which have operational accounts with Co-operative Banks only.

The international prices for sugar were hovering in the range between $340 to $350 till recent past. Despite there being big gap between the export realisation price and the valuation of sugar done by the Banks, sugar factories have tried their best to meet the financial requirements from alternative sources and complete the export to the extent possible. In Maharashtra as per data available, till 31st July 2018, contracts for 2.26 lakh tons have been executed out of which physical exports done so far are 1.58 lakh tons. Most of the sugar factories which are in financial
constraints are finding it difficult to meet short margins created out of the price and stock valuation disparity primarily because the Maharashtra millers have largely and satisfactorily settled the FRP dues of farmers. The dues which had accrued to almost Rs.2200 crores have gone down to below Rs.500 crores.

As a result of extension in deadline and decision to consider exports of both the sugar seasons together, the Maharashtra millers would be in a position to export Raw Sugar in the months of November and December 2018 and complete the MIEQ. The efforts are in pipeline to finalise the contracts by different exporters including ISEC. However, it needs to be noted that the international prices have further dipped and the prices for Whites has reduced between $305 to $317 and that for Raw Sugar between $220 to $227. As a result the realisation gap is further increased
which is a matter of concern for the sugar factories and efforts are in pipeline to address the same suitably.

Combating the cane arrears, excessive production of the current season, production of the upcoming season along with aim for ethanol making directly from sugarcane juice, B-molasses. What measures would the millers have to take to ensure a smooth season in 2018-19?
The millers are all geared up to ensure the smooth season in 2018-19. Labour contracts for harvesting and transportation are in pipeline and it would be necessary to deploy higher number of Sugarcane Harvesting Machines for which Government has recently permitted subsidy assistance under RKVY for individual beneficiaries too. It is expected that almost 200 additional machines may be deployed apart from the existing 297 machines already operational in sugar season 2017-18. The agro-climatic condition is favourable and the crop condition is also satisfactory. The challenge of additional area under sugarcane this year vis-a-vis last year will be taken care of through the deployment of sugarcane harvesters and the Government has been requested to pre-pone the crushing season with permission to start from 1st October 2018.

The Government of India has also announced a favourable Ethanol Policy and fortunately Oil Companies have ensured timely advertisement for procurement of Ethanol. The tenders have been floated and the last date for submission i.e. 31 st August 2018 has been extended to 17 th September 2018. Since the quantity of Ethanol to be supplied will be known to the factories well in advance it will help to aid a smooth season. The Government has already decided the ratio of 80:20 for “B” grade Molasses Ethanol. The quantity for Ethanol has also been increased at the all India level from 313 crore litres to 329 crore litres. However in case of Maharashtra it has been reduced from 43.58 crore litres to 41.65
crore litres. Efforts are in pipeline to convince the Oil Companies forgreater share for Maharashtra.

What is your opinion on the production next season?
The production in Sugar Season 2018-19 is a challenge for the Sugar Industry and hopefully with a good product mix of Sugar and Ethanol, the issue of Whites may be adequately taken care of. The Government has already implemented a big policy initiative of fixing the Minimum Sugar Price, which is a big solace for the Sugar Industry and should help to streamline its operation. However, godown facilities for storage of sugar seem to be a big challenge for which a proper thought needs to be made.

Globally the consumption of sweetener is diminishing, would this influence India too and would it affect the Sugar Industry in the country?
It may be hazardous guess to say that the consumption of sweetener is diminishing. India is a major consumer of its own sugar and this does not seem to be a reality in the Indian context. Globally the use of artificial sweeteners are seen as health hazard and it may not be out of place to mention that soft drink manufacturers may have to fall back on the sugar produced from sugarcane and sugar beet as better alternative to combat health issues.

Monsoons have damaged the sugarcane crop in certain areas, would this affect the production in Maharashtra?
There do not seem to be a wide spread damage to sugarcane crop as a result of monsoon as been said / reported and wherever instances have occurred seem to be short term phenomena which the crop may be in a position to sustain. There is no likely impact of the monsoon to have any adverse impact on the sugarcane thereby affecting production at least so far.

Vivek Waghmode - Monday, 2 August 2021
Sugarcane farmers have demanded the government to fix sugarcane purchase price at Rs 500 per quintal. They had gathered at the Nangla Kanwada village under leadership of former sarpanch Mangeram Chairman and raised the demand.

ChiniMandi - Monday, 2 August 2021
Dalmia Bharat Sugar and Industries will invest Rs 263 crore to set up two distilleries to produce ethanol, informed the company in a regulatory filing, according to www.businessworld.in.

Farmers demand govt to fix cane price at Rs 500 per...