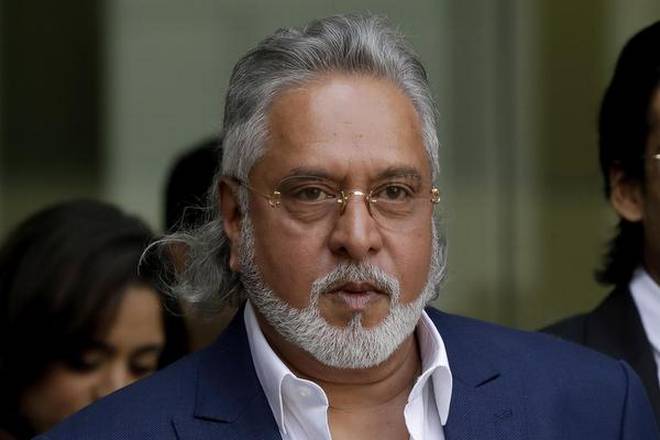 A UK High Court judge has issued an enforcement order in favour of a consortium of 13 Indian banks, seeking to recover funds owed to them by beleaguered liquor baron Vijay Mallya who is fighting extradition to India on fraud and money laundering charges worth nearly Rs 9,000 crore.The order grants permission to the UK High Court Enforcement Officer to enter the 62-year-old tycoon’s properties in Hertfordshire, near London.

It permits the officer and his agents entry to Ladywalk and Bramble Lodge in Tewin, Welwyn, where Mallya is currently based. However, it is not an instruction to enter, which means the banks have the option to use the order as one of the means to recover estimated funds of around 1.145 billion pounds.

“The High Court Enforcement Officer, including any enforcement agents acting under his authority, may enter Ladywalk, Queen Hoo Lane, Tewin, Welwyn… and Bramble Lodge, Queen Hoo Lane, Tewin, Welwyn, including all outbuildings of Ladywalk and Bramble Lodge to search for and take control of goods belonging to the First Defendant (Mallya),” notes the order by Justice Byran, dated June 26.

“The High Court Enforcement Officer, including any Enforcement Agent acting under his authority, may use reasonable force to enter the Property if necessary,” it states.

According to legal experts with knowledge of the case, the latest order by the High Court’s Queen’s Bench Division is the granting of permission, should it be required, while the banks consider “all the enforcement options available to them”.

The order relates to the UK’s Tribunal Courts and Enforcement Act 2007 and follows a UK High Court ruling in May, which refused to overturn a worldwide order freezing Mallya’s assets and upheld an Indian court’s ruling that the Indian banks were entitled to recover funds. It marked the first recorded case of a judgment of the Debt Recovery Tribunal (DRT) in India being registered by the English High Court, setting a legal precedent.

Mallya has made an application in the Court of Appeal seeking permission to appeal against the order, which remains pending.

Mallya, who is separately fighting extradition to India on fraud and money laundering charges worth an estimated Rs 9,000 crores, had recently issued a media statement condemning the charges against him as politically motivated. He then took to social media to clarify that he made the statement “after a long period of silence” because he had filed an application before the Karnataka High Court on June 22, setting out available assets of approximately Rs 13,900 crores.
“We have requested the Court’s permission to allow us to sell these assets under judicial supervision and repay creditors, including the Public Sector Banks such amounts as may be directed and determined by the Court,” he tweeted.
“If the criminal agencies such as ED or CBI object to my proposal, and object to the sale of assets, it will clearly demonstrate that there is an agenda against me ‘the Poster Boy’ beyond recovery of dues to Public Sector Banks,” he added.

Meanwhile, the former Kingfisher Airlines boss remains on bail since his arrest on an extradition warrant in April last year. He will return for his extradition hearing at Westminster Magistrates’ Court in London on July 31, when closing arguments are expected from the Crown Prosecution Service (CPS), acting on behalf of the Indian government, and Mallya’s defence team.

A judgment is expected in the case at a later date.
While the CPS claims it has successfully established a prima facie case of fraud against the businessman, Mallya’s lawyers have sought to establish that the criminal charges against him are “without substance”. They have also challenged the case on human rights grounds, questioning the conditions at Arthur Road Jail in Mumbai, where the businessman is to be held post-extradition.