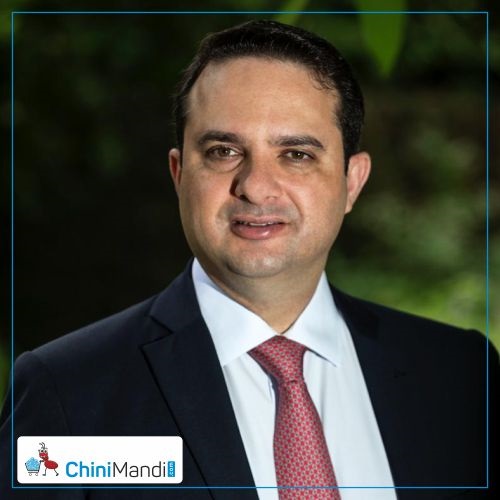 The factor that lower crude oil prices have already made Brazil augment production of more sugar and less ethanol and on the other hand the decline in demand of fuel usage amid the coronavirus outbreak has left the world’s eyes on how the Brazilian sugar industry would step forward.

He said, “Brazilian sugarcane cultivation occupies 10 million hectares of area in Brazil (1.2% of Brazil’s territory). The scenario of the 2020-2021 sugarcane harvest season has changed due to COVID-19 and the decline in the fuel demand and oil prices. The situation continues to remain unclear. Brazilian companies that can increase sugar production will probably do that. The sugar mix in 2019-2020 was 34% that constitutes 26.76 million tons. In the case of 2020-2021 according to the estimates of various consultancies, it could go to 40-45% sugar, reaching 34.7 million tons to 36.7 million tons depending on the quality of the cane. The pump parity is more favorable in Brazilian states that produce ethanol and receive a state tax differentiation. The price of ethanol fuel stays at least 30% lower than that of the petrol/gasoline price, most of the year. The tax break recognizes the environmental advantages of the Biofuels.

Ruminating about the global sugar industry, a large sugar deficit was estimated at the beginning of the year, due to the decrease in the production of major countries such as Thailand, India, and Europe. However, the estimates have changed in the current scenario mainly because of two key factors. The first being, slump in the global oil prices, which has pushed the Brazilian producers to shift from ethanol to producing sugar. The second factor is the on-going pandemic that has decreased the sugar consumption across the world. As a result of these two variables, the current global sugar balance sheet is expected to be a tight one. Since January 2020, Brazil has witnessed an increase in sugar exports. In March 2020, exports were 30% higher. The logistic operations in Brazil are functioning normally as the government has categorized it as an essential area that needs to be operational during this period thus amid the COVID-19 impact we can expect Brazil to scale more sugar exports this year due to the lower internal demand for ethanol, and the decrease of exports in major sugar-exporting countries, such as Thailand.”

Speaking on the lock down in Sao Paulo state that has been extended till the 7th May 2020 which will eventually indicate even less demand for ethanol and more diversion towards sugar production. He said, “We have seen that all companies are taking strict measures and precautions to keep their workforce safe. Due to the decrease in demand and fall in prices for ethanol, all the producers are certainly under stress including the ones that can amplify sugar production. A prolonged period with this scenario could put producers in jeopardy. As per our study, three temporary and urgent steps by the government can help the producers weather this storm. These steps include a credit line to stock 6 billion liters of ethanol, a tax break for ethanol, and an increase on petrol tax. These measures will maintain a demand and supply balance and ensure price parity, with no negative impact on buyer sentiment and government revenue.”

Upon asked about his views on the future ethanol market globally and what the maximum ethanol diversion can be expected in Brazil, he answered, “When we look at the future ethanol market globally and expected numbers for ethanol diversion, Brazil already has launched a long-term policy for ethanol, called RenovaBio, that was outlined to achieve the environmental commitments of the Paris Agreement. To achieve the decarbonization target set by RenovaBio, Brazil will have to increase production from the current 33 billion liters to around 50 billion liters in 10 years. That also comprises corn ethanol, which has been almost doubling its production YoY.

When it comes to the global scenario, it depends on the decarbonization routes that the governments choose and the commitment to achieving it. We have over 60 countries with ethanol blend policies. Large markets such as the USA and China have been working on their goals. India’s Government has also given positive signs regarding an expansion in blend and signed an MOU for cooperation in biofuels with the Brazilian Government. The future of mobility is multiple. There will be space for electric vehicles, hybrids and even internal combustion engines, as long as it is with a greener fuel. The advantage of ethanol blend is that it provides an instant CO2 reduction for the entire fleet without demanding costly changes in infrastructure, and it also secures jobs and income in the rural areas. Brazil has proven that it is possible and advantageous to adopt ethanol, and other countries can do the same.

India has the potential to become one of the largest ethanol producers in the world due to its large-scale sugarcane production, and the idea is that Indian sugarcane industry could divert part of its production of sugarcane to produce ethanol. For this to happen, India needs a sound and clear policy regime in terms of pricing, procurement, and blending. It will open doors for the necessary investments in production and supply. The Indian government and the sugarcane industry are working together to achieve the initial target of 10 per cent ethanol-blend in petrol by 2022. The adoption of E10 in India will be important to offer an alternative to the country’s nearly 50 million sugarcane producers, offering market diversification and, thus, reducing dependence on government sugar subsidies. The Memorandum of Understanding (MOU) between India and Brazil envisages technical collaboration and exchange in technology, such as second-generation ethanol and collaboration is in terms of automobile engines. Brazil has passed the last 40 years improving its productive methods and has gone through different public policies and its consequences. In all, we are a big testing field and we are willing to share knowledge and help India develop a robust ethanol policy that will go a long way to create a sustainable ecosystem.”

UNICA, is extending assistance by donating one million liters of alcohol 70% for use in the containment of the coronavirus pandemic. Gussi commented on whether UNICA sees manufacturing alcohol as a viable and sustainable bi-product in the coming future to open another gateway for the Brazilian Sugar Industry. “The companies associated with UNICA have donated 1 million liters of alcohol 70% to be used in the public health system to fight COVID-19. We have been granted a temporary permission by the Brazilian Sanitary Agency (Anvisa) to produce alcohol with that specification. The pandemic will certainly change the consumer behavior towards hygiene in the post-COVID world. But we will have to evaluate the changes in the demand and scope to explore a new business line.”