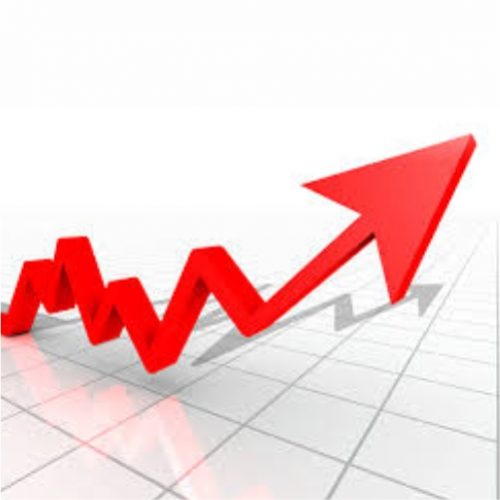 Hong Kong, Mar 29 (PTI) Asian markets rose Friday, putting them on course to end the week on a positive note with investors looking past a downgrade of US growth to focus on the next round of top-level China-US trade talks.

While the past five days have been dogged by fears over the outlook for the global economy, equities from Sydney to Wall Street have enjoyed a stellar start to 2019 fuelled mostly by hopes of a tariffs deal and the prospect of lower borrowing costs.

A slight pick-up in the key US 10-year Treasury yield provided some sense of stability, though dealers remain on edge over the future, with data showing the US economy grew at a much slower pace than initially thought in October-December.

Attention is on Beijing where top Chinese and US negotiators are taking part in the latest batch of talks aimed at ending their long-running trade row that has dragged on the world economy.

White House economic adviser Larry Kudlow said the negotiations were not “time-dependent” and could be extended, adding they could take weeks or months to get a final deal.

There has been little by way of solid news on the negotiations but observers have remained upbeat, with China having made a number of concessions on key issues including intellectual property, while US President Donald Trump has often said he is confident.

“Sentiment was largely positive after reports that the trade negotiations between the US and China were improving,” said David Madden, a market analyst at CMC Markets UK.

Shanghai surged 3.2 per cent and Tokyo ended 0.8 per cent higher, while Hong Kong added 1.0 per cent in the afternoon.

Seoul and Singapore each added 0.6 per cent, Sydney put on 0.1 per cent and Wellington gained 0.8 per cent. Taipei, Mumbai and Manila were also sharply higher.

“Risk assets are being supported right now, in my view, by a dovish Fed, a China stabilisation and better sentiment around geopolitical risks,” Frances Donald at Manulife Asset Management told Bloomberg News.

“That probably gives this rally a little bit more juice.”

On currency markets, the upbeat mood helped the dollar rise against the safe-haven yen, while the pound was slightly higher on the greenback but unable to break out of a narrow range as the Brexit saga rumbles on.

Prime Minister Theresa May is expected to try for a third time to push her EU divorce bill through parliament after MPs voted down a number of other options on how to leave.

However, OANDA senior market analyst Alfonso Esparza warned “the third time is not likely to be the charm” owing to continued opposition from key lawmakers.

“Failure for the third time could push the United Kingdom into a remain limbo, where a credible exit could not be engineered before the European parliament’s elections in which Britain would have to participate.”