Home All News Ethanol Blending Level Would Reach 20% by 2022 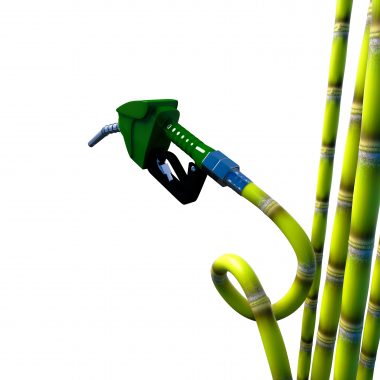 Ethanol blending with petrol is likely to double to 8 per cent in the current season as a better price is being offered by oil marketing companies, Petroleum Minister Dharmendra Pradhan said Friday.
The minister also assured additional soft loans to mills for expanding the ethanol capacity.
Addressing the 84th annual general meeting of sugar industry body ISMA, he said the government has taken a number of steps in the last four years to bring a “paradigm shift” in the Rs 1 lakh crore sector.
“Blending of ethanol with petrol has reached 4 per cent from 1-1.5 per cent in the last four years. In 2018-19 sugar year (October-September), the blending level will reach 7-8 per cent,” Pradhan said.

The minister said although buying ethanol is costly for oil marketing companies because of hike in procurement price, the government has taken a holistic view to boost ethanol production for farmers welfare as well as to meet our energy requirements.
Pradhan said the government spends Rs 8-10 lakh crore of foreign exchange to meet energy demand by importing crude oil, LNG and other products.

He said the government has provided soft loans to the first group of applications for creating ethanol capacity and it is committed to sanctioning loans for the second group.
In June, the government approved Rs 4,440 crore soft loans for building ethanol production capacity to absorb the excess cane. It will bear interest subvention of Rs 1,332 crore over a period of five years, including moratorium period of one year.

According to industry sources, the government may provide an interest subsidy of about Rs 1,800 crore in the second round and it may also allow standalone molasses-based distillery to participate in this soft loan programme.

Later in September, the government approved an over 25 per cent hike in the price of ethanol produced directly from sugarcane juice for blending in petrol in a bid to cut surplus sugar production and reduce oil imports.

The government had launched the programme EBP in 2003 on pilot basis which was subsequently extended to 21 states and four Union Territories to promote the use of alternative and environment-friendly fuels.

But the target of 10 percent blending of ethanol in petrol was never met. Since 2014, the government notified an administered price for ethanol. The move significantly improved the supply of ethanol during the past four years.
The volume of ethanol procured by public sector OMCs has increased from 38 crore litres in ethanol supply year 2013-14 to an estimated 150 crore litres in 2017-18.