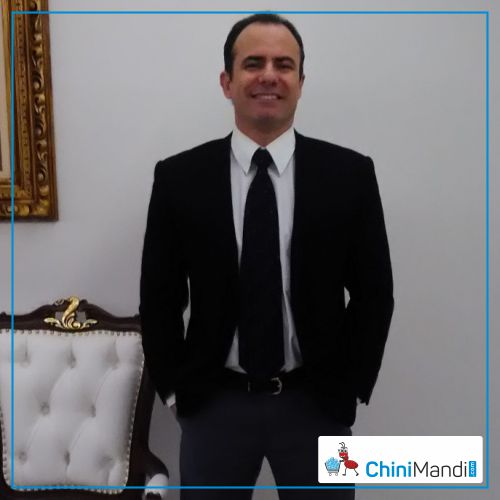 The Covid-19 pandemic has left no stone unturned in engulfing the global economy. Every industry that has hundreds of issues across the globe would agree no less on this. Market players have been striving to navigate a rebound, however no significant change has been witnessed so far. The global sugar industry is in a wait and watch mode and is no lesser awaiting a jump back.

Sharing his views on the post-covid effects in the global sugar and ethanol market and how the global sugar and ethanol prices may move in the 2020-2021 season he said, “The pandemic has hit the ethanol market a lot . The isolation and social distance measures caused a drastic drop in ethanol consumption. Force majeure was declared on purchase contracts of ethanol by many biofuel giants like Raizen here in Brazil, or even the closing of plants by Valero Energy in the USA, revealed the severity of that moment.

Sugar in global terms was also affected by Covid 19, which affected the balance of supply and demand. Consumption at home did not compensate for what was demanded at concerts, sporting events, restaurants, bars, etc. But I believe that with the resumption of economic activity and the end of isolation measures all over the world, ethanol consumption tends to increase again.

Despite the pandemic coup, biofuels it’s the perfect weapon to face the global challenges for environmental sustainability. The greatest oil and energy trader, Marc Rich, said in the past decade that the future it’s renewable energies. It will be more expensive to produce oil and more expensive prices will motivate innovation in the renewable energy sector and prices will motivate peoples to use other fuels.

Regarding sugar the reasoning is almost the same. People will not stay at home forever. On the other hand, the vaccine against Covid 19 is already a reality. The resumption of economic activities may also affect sugar consumption positively. Bars, restaurants and maybe the return of the concerts, events, etc. may increase the demand. Although greater growth is expected due to the resumption of ethanol consumption, it is worth noting that this year the world oil market has undergone enormous turbulences.

During the pandemic, the price war between Russia and Saudi Arabia broke out. The oil price strongly influences ethanol prices. Ethanol still suffered this additional blow.

Countries like Brazil, where I am living, in 2019 ethanol accounted for almost 50% of the fuel used by the fleet of passenger cars and light cargo vehicles (Otto cycle – in equivalent gasoline). Considering the flex engine technology where the consumer can choose between ethanol and gasoline, you can imagine the impact of oil prices.

But oil recovered the price on the world Market. The oil Brent floating around $ 40 and $ 45 per barrel in the past few months has helped ethanol a lot. My prospects are that ethanol will soon return to better prices in the coming months and 2021.

Regarding sugar, everything will depend on the production and export policy of the major global producing players. I will talk about some of them. Brazil is the world’s largest producer and the country whose government least intervenes in price formation. Market forces are a determining factor. Many plants in Brazil, facing the problems of the ethanol market described above, were able to change its production to sugar. There was a noticeable increase in sweetener production. Up to now, a 40% production increase is estimated compared to the same period last year. On the other hand, the devaluation of the Real against the Dollar stimulated Brazilian exports. Many mills in Brazil have already set prices for the next harvest and have committed their cane to a production with more sugar.

Another major global player, India, it’s always a surprise factor. There is a lot of Government intervention in the sugar sector. There are signs that the government will again subsidize exports. On the other hand, Indian mills were designed to produce only sugar. There is not the flexibility that exists in Brazil to switch to choose the production (sugar or ethanol) according to the conveniences of the moment. More robust ethanol production in India is still a long-term dream. So I think that India can surprise and impact sugar prices in international markets, always. It all depends on the dose of government intervention at the moment.

Finally, it is important to highlight the drought that hit another important producer and exporter that is Thailand. The drought practically melted half of that country’s cane fields. For the 2020/2021 harvest, there are forecasts that Thai sugar production will fall to 7.5 million tons. Most of the sugar exported by Thailand is refined. And the London market (London white #5 – white sugar ) during this year showed a much higher volatility than the NY market.

Being asked on his views on the impact on investments in the sugar and ethanol sector and whether he sees crude -oil prices leading to ethanol demand destruction or construction. Batista answered, “As I said just above, Oil still influences the ethanol price. Come on! We are living in an economy still based on oil. It’s gold black! With the resumption of economic activities in the world coming in the next months, the trend is the price of oil to return to the level before COVID 19. Saudi Arabia and Russia have no interest continuing to fight to sell cheaper oil at time of economic resumption. China will also grow next year. They need energy like oil to move their economy, even in a trade war with the USA.”

I think that an increase in the price of oil may help ethanol to recover demand. Ethanol investments will grow again.

Speaking on the global sugar exports with special emphasis on the major market players he commented, “As I mentioned above, Brazil increased its sugar production, because COVID 19 and the price war between Russia and Saudi Arabia had a negative impact on the ethanol sector. Sugar exports also increased. Until August this year, Brazil exported 17.9 million tons. It is estimated that Brazil will export in the 2020/21 season around 25 million tons this year.

India, another heavy player in the sector, was favored this year by the climate. Lack of water will not be a problem for cane fields this year. The forecast for the 2020/21 season it’s 32 million tonnes of sugar. Thailand is experiencing its internal drought drama and sugar production will drop to some 7.5 million this year. This will significantly affect exports. Let’s see how the market will react to the production and export of these main world players.

Sharing an opinion on whether there is a need in India for sugar futures contracts Batista said, “India, it’s an important producer of sugar and other commodities, should always stimulate the future market. The futures market provides better risk management. In Brazil, for example, there are various farmers and industries that use the futures market as a hedge. Then, they can obtain advantages and resources from financial institutions at
lower interest rates.”

“To fund managers it’s a good profitability option. The future market also helps in the future perception of a product’s prices. This helps companies in their strategic planning. The futures market is a useful tool for producers, cooperatives, exporters and financial agents.” He added.

Vaccinating all above 18 years to cost 0.36 per cent of GDP: Ind-Ra

Admin - Monday, 19 April 2021
The Shrijee Dual Continuous Vacuum Pan can be operated for two different grades of massecuite simultaneously. This pan has the controls to stop boiling...