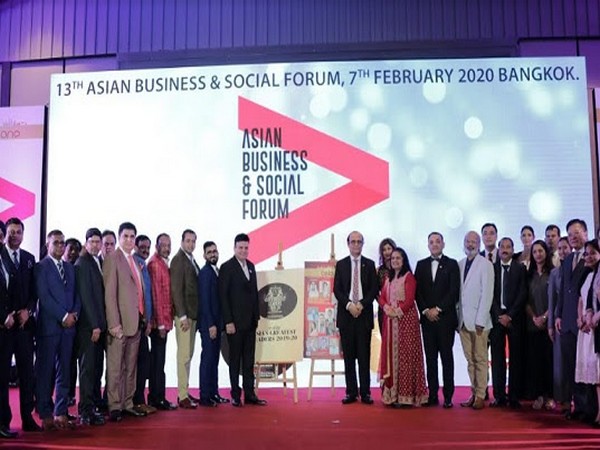 The exclusive networking meet of February 6th saw the presence of eminent dignitaries such as Abhisit Vejjajiva, the former Prime Minister of Thailand and Suchitra Durai, the Ambassador of India to the Kingdom of Thailand, who shared their insights about further enhancing the cordial ties between the two nations. Bent on promoting Asian brands and leaders throughout the world, URS AsiaOne Magazine endeavoured to enhance the cordial relations between the two countries through its summit – 13th Asian Business and Social Forum and attempted to highlight the fact that India and Thailand share a strong historical and cultural connect.

“Thailand and India should leverage their new land link to strengthen ties when the 1,360-kilometre trilateral highway is completed next year”, asserted Abhisit Vejjajiva.
“We have to bring Myanmar along and use all platforms to drive this forward. Land connectivity will make a real difference not just in terms of physical transportation but also to bridge a psychological gap that exists between Thailand and India because we don’t share a land border”, he further added.

Talking about the bilateral trade between the two countries, the Indian ambassador Suchitra Durai said that they are doing “reasonably well” and invited “Thai companies to come and invest in India”.

“Around 2 million Indian tourists visit Thailand every year” and hoped that “more Thai people will go to India”, she added.

Vivek Waghmode - Tuesday, 21 September 2021
The police have arrested two persons for allegedly being involved in stealing implements and iron material from Goraula sugar mill, according to https://www.livehindustan.com.

ChiniMandi - Tuesday, 21 September 2021
Several trains have been short terminated or cancelled on Tuesday due to prolific rainfall and subsequent waterlogging at Kolkata station in Sealdah Division and Tikiapara yard.