Home All News Inter-State e-Way Bill Rolled Out; Only Karnataka To Launch Intra-State 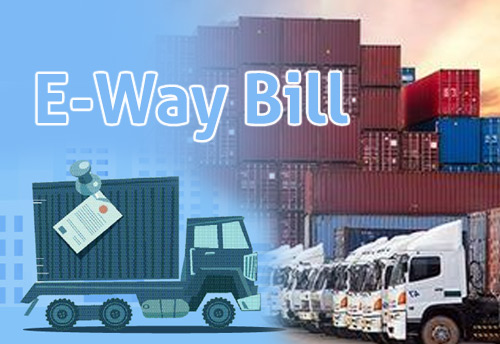 From today, businesses and transporters have to produce before a GST inspector e-way bill for moving goods worth over Rs 50,000 from one state to another.
Official at the Goods and Services Tax Network (GSTN), the company which has developed the IT backbone for GST regime, said that the e-way bill platform been working smoothly and Karnataka is also generating e-way bill for Intra-state movement of goods.
Touted as an anti-evasion measure and would help boost tax collections by clamping down on trade that currently happens on cash basis, the e-way bill provision of the goods and services tax (GST) was first introduced on February 1.
However, its implementation was put on hold after the system developed glitches in generating permits. With several states starting to generate intra-state e-way bills on the portal, the system developed a snag.

Since then, the platform has been made more robust, so that it can handle load of as many as 75 lakh inter-state e-way bills daily without any glitch. The system has been designed and developed by National Informatics Centre (NIC).
Till early last week, 11 lakh entities had registered on e-way bill portal.
This compares to 1.05 crore registered businesses under the GST and about 70 lakh filing monthly returns.
The GST Council, last month, had decided on a staggered rollout of the e-way bill starting with inter-state from April 1 and intra-state from April 15.