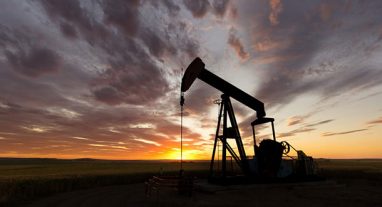 New Delhi, Nov 29 (PTI) The UAE on Wednesday downplayed India’s concerns about rising fuel prices and possible oil shortage after the six-month US relief to stop import of Iranian oil by New Delhi ends, saying the emirate and Saudi Arabia have stood very strongly with India to cover the deficit in the past. Amid protest against a proposed refinery in Maharashtra involving India, the UAE and Saudi Arabia, the Gulf nation’s envoy to India Ahmed Albanna said the state government will allocate land in coming weeks.
In a media briefing this week, Foreign Secretary Vijay Gokhale said Prime Minister Narendra Modi will raise the issue of volatility in global oil prices at the G20 Summit in Argentina. Responding to a question on whether there will be a demand-supply mismatch, especially after the six-months relief given by the US to cut down oil imports from Iran ends, the envoy said fuel prices are determined by demand by different markets globally.
India is one of the seven countries that have been given a waiver by the US to keep buying Iranian oil. “Even if that had not taken place, if you go back to history, in previous times, the UAE and Saudi Arabia have always stood very strongly and supplied and covered any shortage of oil or fuel concerns of India. So, I dont think there is any major concern on that,” he said. Saudi Arabia and the UAE are among the major oil suppliers to India.
Earlier this month, India was given a six-month relief by the US to bring Iranian oil imports to zero under the Countering America’s Adversaries Through Sanctions Act (CAATSA), aimed at hitting the Russian, Iranian and North Korean entities hard.
In June this year, the world’s biggest oil producers, Saudi Arabian oil company Saudi Aramco, Abu Dhabi National Oil Co (Adnoc), the state-run oil firm of the UAE, and India came together to jointly develop the refinery and petrochemicals complexes coming up at Ratnagiri in Maharashtra.
Fearing that the land in the area would lose fertility and threat to Alphonso mangoes, locals are opposing the project. The Shiv Sena, a BJP ally at the Centre and in the state, too has opposed it.
“The state of Maharashtra is in a stage of allocating land. The land will be allocated in coming two weeks or months,” the UAE envoy said. Responding to a question on extradition of Christian Michel, a British national and alleged middleman wanted by Indian investigative agencies in the Rs 3,600-crore AugustaWestland VVIP choppers deal case, Albanna said the matter should be left to the judicial system in the UAE.
This month, a Dubai court ordered Michel’s extradition to India. The envoy said an agreement will soon be signed between the UAE and India for setting up a fast-track single window system for investments. He pitched for reviewing the air service agreement between India and the UAE.