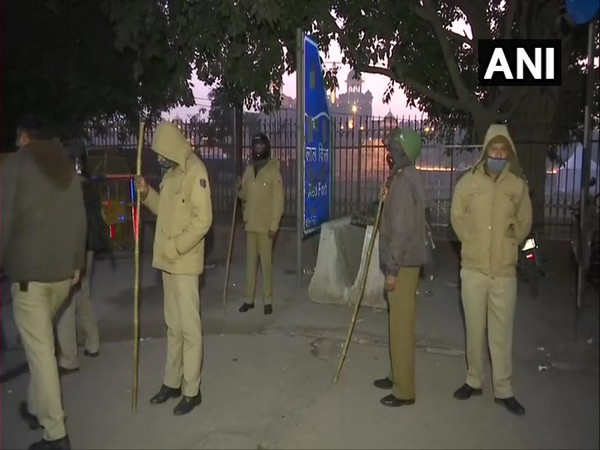 Bengaluru (Karnataka) [India], February 6 (ANI): About 144 UP-PAC companies, six paramilitary companies, along with senior officers, have been deployed at the state and national highways and everything is being recorded in the wake of ‘chakka jam’ call by the farmer unions who were protesting against the farm laws for over two months at the national capital’s border, said Prashant Kumar, Additional Director General (ADG) Law and Order in Uttar Pradesh.

“About 144 UP-PAC companies, six paramilitary companies along with senior officers have been deployed at state and national highways. We have imposed sector/zonal schemes. There is foot patrolling, drones, and everything is being recorded,” said Kumar.
“UP Police and administration have maintained security since farmers’ protest began. We have got support from farmer organisations, with their cooperation and our effort no untoward incident has happened so far. Today also we have deployed adequate security force,” he added.

Farmers have been protesting at different borders of the national capital since November 26 last year against the three newly enacted farm laws: Farmers’ Produce Trade and Commerce (Promotion and Facilitation) Act, 2020; the Farmers Empowerment and Protection) Agreement on Price Assurance and farm Services Act 2020 and the Essential Commodities (Amendment) Act, 2020. (ANI)